The History Of 3D Printing – From Kidneys To Cars 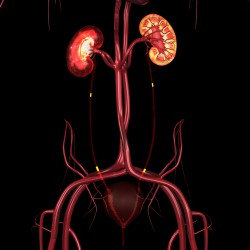 The History Of 3D Printing

3D printing, also called additive manufacturing, has been one of the breakout technologies of the last 18 months. People are now clamouring to get involved with the technology, with printable objects ranging from hand-guns to medical equipment. Yet, despite its recent popular emergence and contrary to popular belief, 3D printing has been existence for more than 35 years, with the inception of the concept traced back to 1976 and the first example of it coming in the early 1980s.

(Tedtalk – What is next for 3d printing?)

Here we take a brief look at its history:

The first published account of a printed solid model was made by Hideo Kodama from the Nagoya Municipal Industrial Research Institute in either 1981 or 1982 (accounts vary). His paper theorised about the potential behind a rapid prototyping system that used photopolymers to build a solid, ‘printed’ object that was built up in layers, each of which would correspond to a cross-sectional slice in a model.

Charles Hull, who at the time worked for 3D Systems Corporation, invented stereolithography – a process which lets designers create 3D models using digital data which can then be used to create a tangible object. Hull went on to publish a number of patents on the concept of 3D printing, many of which are used in today’s processes.

3D Systems Corporation built the first stereolithographic apparatus (SLA) machine. It used a UV laser to solidify photopolymers, thus making 3D objects layer-by-layer. Although the machince faced difficulties, it was the first time it was proved that complex objects could be ‘printed’ overnight.

The stroke of the new millennium saw a world first as the first 3D printed organ was transplanted into a human. Created by scientists at Wake Forest Institute for Regenerative Medicine, a human bladder was printed, covered in the recipient’s own cells, and then implanted. It was a scientific breakthrough; because the device used the patient’s own cells, there was no chance the implant would be rejected.

3D printing collided with the open source movement for the first time in the middle of the decade. The idea was championed by Dr Adrian Bowyer at the University of Bath in England. His idea was to create a printer than could print itself – thus making units and parts cheaper, more accessible, and easier to distribute.

After the success of the bladder in 1999, then of the first printed kidney in 2002, 2008 was the year that saw the first 3D printed prosthetic limb. It incorporated all parts of a biological limb, was printed ‘as is’, without the need for any latter assembly.

The world’s first 3D printed car was launched by Kor Ecologic at the TEDxWinnipeg conference. Designed to be ‘green’, the prototype could reportedly do 200 mpg and would retail for between $10,000 and $50,000, depending on the model.

The costs of 3D printers are falling phenomenally. While they cost around $20,000 just three years ago, there are now machines being developed that will be sold for under $500, thus making the technology increasingly available to the average consumer and laying the foundations for a potential explosion in the home inventor and home DIY markets. It’s not hard to imagine a future where a trip to the dentist will see him print you a new tooth, if you have a crash in your car you can just print a new chassis, or all furniture will simply be downloaded and printed at home.

Included is an infographic by engineering.com which illustrates the brief history of this growing industry