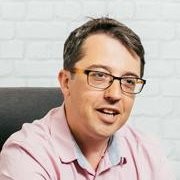 Wargames – Putting Your Systems To The Test

Wargames In The Cloud

A lot has been made of the cloud’s role in Business Continuity. How, for instance, a mountain can become a molehill thanks to shelving off your hosted data to a third party in a secure location. How, when offices are unavailable for any particular reason, employees can access their files and their work anywhere in the world.

In every wargame, the cloud is turning out to be the ultimate defence. So how do you get the best out of wargaming?

War games are nothing new in business – we’ve seen them in various contexts. Marketing teams test their strategies by running market scenarios, while customer service teams are adept at understanding what can happen if you haven’t planned.

The cloud’s relevance to wargaming often turns up in the first Instance – where there is a direct threat. However, it can happen in the other two instances, as we will see…

The most immediate threats to our business often are not competitors, they are influences beyond our control. If your office is next to a river, you know you could flood in the winter. If you are reliant on your staff coming in to work on the tube, you know there’s going to be a tube strike at some point.

At its most simple, a Business Continuity plan would rely upon the presence of cloud servers so that people can work remotely – but are they tested in a wargame scenario? What are the potential threats to people getting access to their cloud-hosted files?

Take an objective approach and run through every scenario – test, test and test again. As Russell Cook says, never make it easy – make it as complex a test as you can. Leave no stones unturned.

Business is a Game

Business Continuity isn’t just about immediate natural threats. What if, for instance, your competitors are able to display more agility in the face of such threats? The visibility of this agility through social media these days can prove a competitive advantage.

By viewing the wargame in a more competitive light, as opposed to “do or die”, you start to reveal other elements of a more complete Continuity plan. What competitive edge can you gain while others are suffering from similar threats? Think again of the banks and how some have suffered from IT lapses while others have strengthened their market share as a result.

It’s not about staying alive, it’s about using the fact that you’ve stayed alive to prosper.

Business is Business, after all

Of course, business is neither a war nor a game – and threats are often more subtle than “we will go out of business”. The point of wargaming is to analyse exactly how your systems will cope with different scenarios, and how sub-scenarios can put pressure on your systems. If, on top of this, you can define a competitive advantage thanks to your greater agility, then the wargame is won.