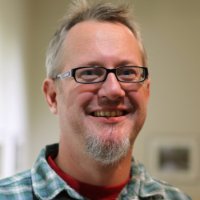 Amazon Web Services Is A $5bn Business – What Next?

Deutsche Bank analysts had tipped AWS as a $6bn business, comfortably outpacing Microsoft Azure, but nevertheless, Amazon’s stock was up 5% on after hours trading when the earnings were released.

Amazon Web Services has built up a very solid book of clients for its cloud services in the last decade, including big businesses like Netflix and Dropbox all the way down to start-ups, and even up to government agencies including the CIA.

This is the first time that Amazon has posted specific details about Amazon Web Services in its earnings call, which has previously shrouded the cloud powerhouse in mystery, leaving analysts and competitors alike in the dark over exactly how it is performing.

However, Amazon Web Services has now grown to such a strong position that simply filing it under the “Other” column in earnings reports won’t cut it anymore. CloudTweaks had the opportunity to discuss with Mark Collier, COO and Co-Founder of the OpenStack Foundation.

The question now is can Amazon maintain this momentum with AWS?

“For the short term, probably,” says Mark. “It’s important to remember that the global IT market will soon be $5t.”

“AWS has proven that the cloud computing model works for enterprise IT, so it’s off to the races for this market. Viewed through that lens, cloud computing generally is probably facing several years of hyper growth. AWS will have a big role to play in that, but by no means the only role.”

Challenges lie ahead for the industry, adds Mark, where customers want choice in the market and don’t want just one IT provider.

“This is one of the biggest drivers behind the success of OpenStack,” he says of his open source project. “It’s one platform that’s powering many clouds. As innovations like federation and container management are added to OpenStack, you’ll see continued adoption by users who want several providers as part of their IT portfolio, all linked by a common and open source platform infrastructure.”

As the global IT market expands, so too will the efforts of Amazon Web Services’ to boost its offerings to customers.

“[W]ith Microsoft, Google and IBM among rivals seeking to eat into [AWS’] market share, the question is whether those margins will hold up over the long term,” wrote BBC News’ Leo Kelion in his analysis of AWS’ earnings, referencing a previous Amazon report from the BBC that stated AWS could one day become an even bigger business than its retailing arm.

Speaking with CNBC, Amazon CTO Werner Vogels said the service had a huge opportunity to one day overtake its retail business. Morningstar analysts have tipped AWS to reach up to $20bn within the next three years and this may even lead some investors to call for the company to be spun off.

“Right now, it’s a race for innovation,” says Mark. “Competitors are adding technologies, tools and services that reduce the complexity and risk of deploying agile cloud.”

“Flexibility in choice is equally as important to the customer as the technology”, he adds.

As for the what the future hold for Amazon Web Services and its place in the wider company in the eyes of Jeff Bezos, that remains the big question coming out of last week’s earnings call. “I’m sure he has a solid game plan,” says Mark.

Now that the cloud industry has a clear picture of where Amazon Web Services stands, it can react and Amazon can move on to its next stage. Werner Vogels added that AWS will be bolstering its security in the wake of a hack attack on video game streaming service, Twitch, which was acquired recently by Amazon.

The growth of Amazon Web Services has been quite remarkable for the company. Launched in 2006, Amazon was an unlikely success story in the cloud, beating the likes of Microsoft to the punch, which then had to play catch up.

Part of its success has been a willingness and drive to get a product to market before everyone else and that meant releasing a service that appealed to developers and could be built upon in the future rather than a fully completed service.