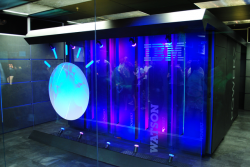 While technology has been blamed for an increase in obesity and poor health due to the sedentary lifestyle it encourages, it is also credited with many brilliant new methods for fighting disease. New procedures in heart treatment and research into resistant bacteria have combined laboratory work with mathematics and computer technology to find cutting edge solutions to a few serious but common health concerns. Furthermore, genetic modification offers consumers foods with disease fighting enhancements. The pink pineapple developed by scientists at Del Monte contains cancer-preventing lycopene; and at the John Innes Centre in the UK, purple tomatoes have been designed with high levels of anthocyanins which can reduce the risk of cancer and cardiovascular disease.

Cloud Technology and the Malaria War 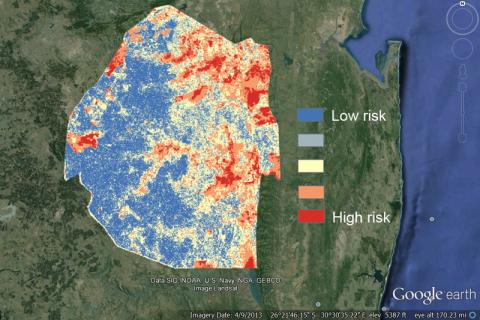 Big data mapping and Cloud technologies are being used today to develop online platforms that enable health workers to predict the spread of malaria. UCSF and Google Earth Engine have teamed up on this idea with the intention of helping reduce the cost of precisely targeted campaigns against the disease. Google Earth Engine, while offering trillions of scientific measurements spanning nearly forty years online, allows scientists to study what drives malaria transmission by linking environmental factors to disease occurrence.

In the US and Canada, (Image Source: IBM) IBM’s supercomputer Watson is soon to be used to make decisions about cancer care, as reported by the BBC. Computers are able to quickly analyse vast amounts of data, thus reducing diagnosis time so critical in the treatment of cancer. Watson will help evaluate and correctly target tumours, and will learn from each case it examines. While radiation and chemotherapy will still be essential in some cases, Watson will use the uploaded DNA fingerprints of tumours to trawl its databases for information that could point to the mutations that are propelling tumour growth, and will then search for the best drugs to target these. Steve Harvey, vice president of IBM Watson Health, explains that Watson will “bring the power of cognitive computing to bear on one of the most urgent and pressing issues of our time.”

Apple and your DNA

MIT Technology Review details Apple’s collaboration with US researchers to create an app which will allow iPhone users to test their DNA. ResearchKit’s mPower is already used to track symptoms of Parkinson’s disease, and building a massive database of gene information is Apple’s next step in healthcare. Initially, academic partners of Apple will be collecting and testing DNA samples, and data will be maintained in a computing cloud, but it has been suggested that the eventual aim is to allow individuals to share DNA information.

Parkinson’s affects one out of every 100 people over 60 years of age, and Intel and the Michael J. Fox Foundation have joined forces with a Parkinson’s-fighting wearable device. Using cloud storage, a multitude of symptoms are recorded, and doctors are able to analyse these symptoms in real time. The accuracy and amount of data logged is dramatically increased from traditional patient-diary methods, and any changes are quickly observed. It is hoped that this specific and sizeable data will help scientists better understand and treat the disease. At the Imperial College London and Royal College of Art, students have designed a vibrating pen to try combat micrographia, and which they hope will help fight Parkinson’s. It is currently in the testing phase.

While funding will always be an essential part of continued and improved healthcare, technology is being used to help speed up diagnosis (See Infographic) and treatment of diseases, and may lead to more cost-effective solutions. SAP is at the forefront of the struggle against infectious diseases and continues to improve people’s health around the world with Healthcare Check-Up, while Siemens offers online medical solutions, complete with their own app. Although most of us have frightened ourselves using online tools to diagnose ailments, it seems technology is already providing us with far more intelligent and accurate applications for healthcare and disease management, and with the vast data available to top scientists, new medical opportunities and possibilities are boundless.