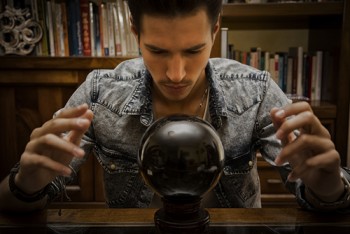 SaaS And The Cloud

With the results of Cisco Global Could Index: 2013-2018 and Hosting and Cloud Study 2014, predictions for the future of cloud computing are notable. Forbes reported that spending on infrastructure-related services has increased as public cloud computing uptake spreads, and reflected on Gartner’s Public Cloud Services Forecast. The public cloud service market was predicted to grow from $76.9B in 2011 to $210B in 2016, with IaaS, PaaS, and cloud management and security services all achieving significant growth.

Many organizations have been using cloud services to cut costs while remaining competitive. Cloud computing improves the flexibility of organizations, allowing quick changes to meet new market demands, and enhance internal IT development. A majority of companies list scalability as their driving reason for moving to the cloud in 2015 citing the current need to grow and shrink with market demands. Cloud architecture is proving to be both more effective and significantly cheaper.

Aside from the prominent cost benefits of cloud computing, innovation and mobility are highlighted as key reasons for uptake. Cloud technology enables faster, cheaper software development, with key cloud usage scenarios including collaboration, file sharing, business productivity, CRM and marketing. Mobile applications including Vend applications, PayPal platforms and secure VPN access are some of the top requirements of businesses in 2015.

In 2014, stocks of top cloud computing organizations gained significantly, with F5, Facebook and Intel up by more than 40%. Cloud computing spending has increased yearly, with a projected $183B spend in 2015, and the fastest growing cloud sectors include systems management, big data management, security, mobile service and data backup. The majority of businesses surveyed have reported that cloud applications have increased their security, made compliance simpler, and improved their service availability.

By 2018, it’s predicted that cloud traffic growth will have doubled in most of the world, and tripled in the lowest adopted areas of the Middle East and Africa. Asia Pacific is set to have the highest consumer cloud storage users, just below 1.2 billion, with an internet population of just over 2 billion. It’s anticipated that North America will have the highest mobile internet users at 76%, and will come a close second (79%) to Western Europe’s 80% of fixed internet users. By 2016 North America is projected to have the highest cloud computing spending $250B, followed by Western Europe at $104B.

TechTarget asked their experts what technologies will take off in 2015, and cloud application development is a central point, with the assertion that large vendors can help enterprises evolve by facilitating cloud adoption.