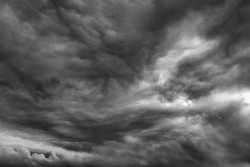 US Cyber Security Trade Mission All Set For Eastern Europe

The one-week mission that will be lead by US Deputy Secretary of Commerce, Bruce Andrews, will visit Bucharest in Romania and Warsaw in Poland. In a media statement, Andrews said he would be accompanied by Assistant Secretary for Industry and Analysis, Marcus Jadotte, as well as representatives of 20 American companies. While some were large companies like Microsoft, IBM, Cisco Systems and Hewlett Packard, others were small, but they all had the interests of cyber security at heart.

Andrews said they would be meeting business and Government leaders in the two cities and hosting “regional dialogue” with a number of other countries from around Eastern and Central Europe.

“We want US businesses to sign deals with companies and with governments in that region to help improve their cyber security and create jobs here at home,” he said.

In its official mission statement,  Export.gov said the primary purpose of the upcoming cyber security trade mission was to introduce US trade associations and businesses to Central and Eastern European information and communication technology (ICT) security and critical infrastructure protection markets. This would help US companies find new business partners so they could export products and services to this region. In addition to Poland and Romania, the statement said the mission would reach at least ten other potential Eastern and Central European markets: Bosnia, Bulgaria, Croatia, Hungary, Macedonia, Moldova, Montenegro, Serbia, Slovakia and Slovenia. There would also be virtual introductions to government officials and companies that were not able to attend the trade mission meetings.

Export.gov, which is managed by the Department of Commerce’s International Trade Administration, was set up to assist US businesses plan international sales strategies.

Their mission statement points out that cyber security is used to safeguard the “vital security properties” of organizations’ and users’ financial, intellectual and infrastructure assets against any cyber security risks in the international cyber environment. In addition, the “critical information infrastructure” could not be separated from physical infrastructure systems, including basic services such as electricity, energy and water supply, safety and security, and even traffic management systems.

With the ever-increasing sophistication and growth of cyber-attacks in recent years, “strict compliance and unified security packages” were being prioritized. This was to try and protect the critical data, safety and infrastructure of businesses, as well as that of governments, the military, ports, public utilities, banking and other financial services, the statement said.

“The damaging effects of cyber-threats can be felt on many levels from the business to the individual and can spill across borders.”

As a result of recent cyber attacks in the region, attempts had been made to improve cyber security protection. Governments in Eastern and Central Europe had made cyber security a “policy priority” by creating task forces and participating with the US government in an attempt to improve their defenses.

Ultimately the trade mission would introduce US companies to what has become a “rapidly expanding market for cyber security products and services in Eastern and Central Europe.” Those businesses participating would have the opportunity to gain market insights, solidify business strategies, make industry contacts, and advance projects in an official US delegation, which would strengthen their abilities to secure meetings and get better exposure to the region.

Participants in the trade mission arrive in Bucharest on Sunday May 10 and leave from Warsaw the following Saturday, May 16.