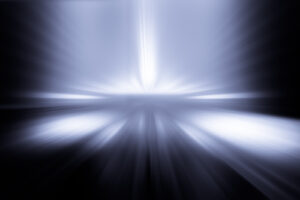 Are You Sure You Are Ready To Move Online

Continuing this theme on “Are you ready for the Cloud”, we are going to move forward with a new question: What type a cloud? That can be encompassed with many different connotations. It could mean it’s going to be hosted by a provider, or is it going to be an on-prem cloud? It is it going to be managed or is it un-managed? It could be a PRODUCTION cloud or is it a DR or a DEV cloud?

Today, we are going to talk about a new type, one based on Function. How is that possible? Some clouds are actually designed for a specific purposed. It’s easy to say that it is a PRODUCTION cloud or a DEV/TEST Instance. But what if you need a cloud to perform a certain way for only the applications that get assigned to it?

Take this for example: You need a cloud that can out perform your other clouds because you are going to move some high IOP dependent systems to it? What do you do? How do you build that cloud out to support what you need?

The high-speed cloud is broken down several ways, but we are going to focus on five: Compute, RAM, Network, Local Disk and Remote Disk. So, lets break it down:

So you start assembling your cloud. You take several Compute nodes, and you load them up with CPU cores, RAM and high-speed local disks. Then you have your Compute nodes attach to the remote disks (or sub systems) to create and provide the big, fast chunks of storage.

Now, when you send your high-speed applications to it, you separate out the application servers and database servers within the cloud so the Compute nodes can focus on running one task, instead of hundreds.

Can you add other server instances to the Compute nodes? Yes, but make sure you do some system tests first to make sure you are not using to much horsepower for one application, and then starving another.

Richard currently is the Director of IT for OSG, an International IS/IT Company based out of Irving, Texas USA. With over thirty years of hands on experience, and 16 vendor certifications, he directs and/or assists many Fortune 500 companies in the direction of Cloud, Infrastructure and Migrations. He is a professional speaker and author of both Science and Non Fiction.