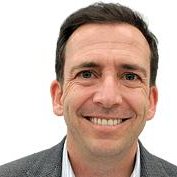 More than 20 tech industry organizations have joined forces with Docker in an exciting, new non-profit venture, The Open Container Project (OCP) that aims to unite the industry and establish common standards for software containers.

To be run with the support and approval of the Linux Foundation,  the project will be openly governed and will define common specifications that relate to both container format and runtime. It will enable companies and users to continue to “innovate and develop container-based solutions.”

Docker announced yesterday (June 22) it would be donating runC, its base container image format and container runtime to the project and that this would “form the cornerstone for the new technology.”

Industry participants in the project involve “everyone from A to V in the tech industry,” the company said, including CoreOS, founders of appc, Cisco, Amazon Web Services (AWS), Google, Microsoft, Intel, IBM, Red Hat and VMware. However, OCP will stay completely independent from all companies and company-sponsored projects. By uniting in this way, the hope is that they will be able to take the best ideas and use them in a way that will provide the very best outcomes for the industry and for users.

Yesterday Docker also announced what it termed “huge updates” to their three orchestration tools, Compose, Machine and Swarm, as well as to Docker Engine that creates and runs Docker Containers.

Docker, launched in March 2013, allows users to package applications into standardized units or containers for software development. These containers wrap the software into a complete filing system that has everything required to run the software, including code, system libraries and system tools, and runtime. The guarantee is that irrespective of the environment it runs in, it will always run the same. Lightweight and secure, Docker containers are based on open standards that allow containers to run on all Microsoft operating systems, all major Linus distributions, and is compatible with every major provider of public cloud. They also provide support for all infrastructures.

Since its launch there have been more than 500 million downloads of the Docker image format, and more than 40,000 public projects have been based on Docker format.
Even though Docker has changed a great deal in the past two years, the company has maintained its key principles, including:

Guiding principles of OCP standards to be introduced will ensure that they aren’t bound to “higher level constructs,” which include specific clients or orchestration stacks. Additionally, they will not be tightly associated with any commercial projects or vendors, and will remain portable across a wide range of operating systems, CPU architecture, hardware, and public clouds.
Industry Support for OCP

In a statement, Docker CEO Ben Golub singled out a few of the companies that have joined the OCP group, specifically the Linux Foundation, Google, CoreOS, IBM and Intel, as well as Microsoft and Red Hat that were early leaders of the initiative.

The CVP of Microsoft Azure, Jason Zander, said they had welcomed the opportunity to work closely with Docker for the past year to help create an open platform that customers could use. He also said the company had a commitment to openness and were excited to be able to support the project.

Red Hat general manager of the Enterprise Linux and Containers division, Lars Herrmann said the OCP had emerged at “a critical time in the maturation of Linux containers as an enterprise technology.”

“In the open source world, standards emerge from transparent development and community-driven governance of key technologies,” he said. Google Cloud Platform product manager, Craig McLuckie said they believed in open communities driving innovation, which was why they were happy to “support the creation of a common standard.”

The founder and creator of the Docker open source initiative, Solomon Hykes said the strength of the company had always been about getting the community to “join forces and avoid fragmentation.”

He said the coalition was an example of the community uniting to create a standard that would create stability and foster greater productivity.