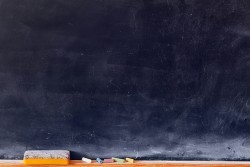 China, which is seen by many as one of the biggest espionage threats to cyber security in the US, is back-stepping and changing its attitude to global commerce.

This is the opinion of Condoleezza Rice, former US secretary of State who says China previously had a plan to use the Chinese multinational networking and telecommunications company Huawei Technologies Co Ltd as “a Trojan Horse” for Chinese espionage. But, she said, “there are rules of the game,” and China must not use its “cyber-power to spy on other people.”

Speaking at the 2015 Nutanix .NEXT conference that opened in Miami Tuesday, she said China’s main problem was that “nobody really trusts Huwaei because of cyber-security issues.” As a result, she said, China has found that there has to be a trade off if they want to be a global economic player. “You don’t use your national champions to take other people’s IP.”

Alibaba in the US

Last week the Alibaba Group’s cloud computing business, Aliyun signed an agreement with the US Equinix Inc. to operate together between Hong Kong and Silicon Valley, providing US and Chinese companies with interconnectivity possibilities. In March this year, Aliyun opened its first data center, also in Silicon Valley, showing intent to develop its cloud solutions in the West. The company has also moved into the Middle East, and has declared its intention to expand further into Southeast Asia as well as Europe.

And clearly China wants Alibaba to become a global player.

“They are delighted that Alibaba is in the markets and that the IPO was a stunning success,” said Rice. Depicting the US as the guarantor of the world’s democracy, she said the US has the strength to avert Chinese aggression in global commerce markets.

The rules of the “game” she alluded to needed to ensure that the US as a nation was able to continue to import innovators of technology (presumably from countries including China.) Additionally, she implied that because US doctrine is “different,” the country gets to play according to its own rules.

Initially the US Government branded Huawei a national security risk because it is seen to have strong links with the Chinese military system. Then last year Huawei was identified as having security weaknesses in its products, which it denied publicly more than a year ago. At the same time, in the UK, there were reports by local newspapers claiming that UK Government representatives had been forced to stop using Huawei video-conferencing products because it was possible third parties could access conversations.

Condoleezza Rice is an advisor to the enterprise virtualization and storage company, Nutanix. She is passionate about education, and she has stated that she does not believe that the US education system is producing enough people who are skilled enough to sustain a US economy that is based on innovation. She also feels that not enough is being done to educate young people.