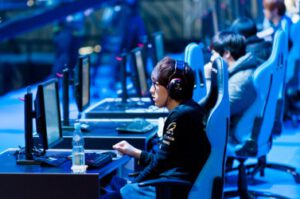 The Upsurge of Cloud Gaming

It’s been predicted that in 2015 streaming of high-end games may increase by a multiple of five, reaching 150 million people. VentureBeat reports that cloud gaming could reach a turning point in 2015, depending on pricing, quality, and willingness of players to pay to use cloud gaming services. With the earlier collapse of OnLive, there was concern whether cloud gaming could succeed since the interactive nature raises technical dilemmas for cloud services hosting the games. Computer and graphics processing mostly done in the data centers allow high-end games to run on devices that wouldn’t otherwise be capable, but this puts the hardware burden on the data centers.

PCWorld reports that cloud Gaming at 4K is still some time away. During a media briefing at Computex CEO of NVIDIA, Jen-Hsun Huang, noted that while NVIDIA can currently stream 1080p games at 60fps from its GRID online gaming service, the technology needs to be developed for 4K streaming with much fine-tuning required at server level. But for gamers not yet taking advantage of these new high definition monitors, cloud gaming provides the benefits of reduced hardware costs, gameplay on various devices, integration with TVs, instant play and game spectating. And an advantage to game distributors is that it’s almost impossible to pirate games that run only on remote servers.

Though OnLive Game Service has come to an end after Sony acquired parts of OnLive, there are some excellent alternatives available. G-cluster reports that it will be launching the world’s first cloud gaming console, with 200 licensed games, 105+ live titles, 30 game studios, and 8 million players to date. StreamMyGame lets you remotely play Microsoft Windows-based games on other Windows and Linux devices and can also record your games for sharing with others. Membership is free, providing access to community services such as forums and chat, and with categories including sports, first-person shooter, strategy, simulation, RPG, racing, family and adventure titles StreamMyGame lets you play high-end games on low-end devices. GameTree TV targets smart TVs with their cloud gaming service, and Ubitus GameCloud is a scalable and flexible end-to-end gaming system that lets players start gaming on one device, and pick up from where they left off on another.

There are, of course, a few disadvantages to cloud gaming. Video compression may leave images less-detailed, and large amounts of bandwidth are required. Latency issues that wouldn’t affect games running on your hard drive need to be accounted for, and gamers in certain areas might find they’re unable to play particular games due to licensing restrictions and internet connection requirements. However, with solutions such as NVIDIA’s Dedicated Cloud Gaming Solution, it seems likely that projections of the upsurge in cloud gaming will be achieved.