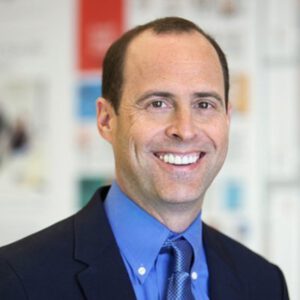 The US endpoint data protection and security company, Code42 has appointed experienced software-as-a-service (SaaS) executive, Joe Payne as its new president and chief executive officer (CEO). Payne, who has a strong reputation for building technology brands, and managing teams through high-growth periods, plans to lead Code42 to new heights in IT security, security analytics and forensics, a sector that offers a $75 billion market opportunity.

Payne is a director of two public listed companies, Cornerstone OnDemand (CSOD) and Dealertrack (TRAK); two private companies, Plex Systems and TrackMaven; and he serves on the board of the non-profit First Focus Campaign for Children. Having worked for a number of companies from startups to established global brands like InteliData, he was headhunted by Code42 from Eloqua where he worked for six years assembling and leading the executive team in his position as chairman and CEO. During this time he reportedly grew the company revenue from $11 million to $125 million. Other highlights of his time with Eloqua included managing the company’s IPO in 2012, and then its sale to Oracle in 2013.

Appointed after a year of what has been described as “strong momentum” for Code42, Payne said he was excited by the opportunity to grow the company to a new level. He said the company was “rooted in solid underpinnings” and had an exceptionally good product to offer. Furthermore, Payne told CloudTweaks the company has similarities to Eloqua pre-2012.

“When Eloqua was a pre-IPO company, it shared many of the same characteristics Code42 currently displays,” he said. For Instance, it had “an established footprint with enterprise customers, an opportunity to grow in an evolving market, and hard-working employees committed to exceptional customer service.”

Code42 currently has more than 37,000 business customers globally, with a growing number using the company’s platform to address their data security needs. A recent in-house survey showed that 25 percent of respondents had used Code42 to recover ransomware, and 34 percent had used Code42 to identify data on stolen or lost devices.

“Code42’s exceptional product offering and customer-first approach have driven impressive growth and global, enterprise customer traction, making it a desirable and exciting time to join the company,” Payne told CloudTweaks. “In the past year alone, Code42 doubled its enterprise software-as-a-service revenue and added more than 150 enterprise customers to its roster, which includes well-known brands such as MIT, Fossil, HBO, Grant Thornton and Lockheed Martin.”

According to co-founder and former Code42 CEO, Matthew Dornquast, the company has already built “an enviable roster” of G2000 customers, accelerating its enterprise focus. Additionally, they have focused on recruiting top employees with the relevant talent, and have successfully built a formidable collection of technological products and services. It was now ready to expand strongly into data security and Payne, he said, was the right person to lead the company through “its next big wave of growth.”

Payne had the last word, saying: “I’m looking forward to my role as president and CEO and leading the team on what promises to be an awesome journey ahead.”