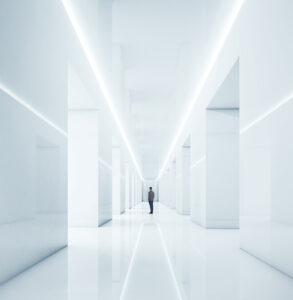 Most IT Professionals Use The Internet To Cut Costs

Improving Efficiency With The Cloud

A major percentage of IT professionals are following cloud adoption strategies to improve IT efficiencies and reduce their costs. Additionally, a large percentage of professionals see cloud usage and cost tracking as vitally important to their function and the data as potentially improving IT forecasting.

A Microsoft survey conducted at the Microsoft Ignite show held in Chicago recently, also showed that the pace of migration to the cloud is rapid as an increasing number of organizations move their IT services into the cloud. More than 30 percent of respondents said they already had at least 25 percent of their total IT services in the cloud, mostly using hybrid models. A total of 84 percent said they used Microsoft cloud technologies.

The survey results, just released by market research company Dimensional Research, show that more than 90 percent of companies identify the cloud as part of the IT strategy they adopt. Close to 75 percent stated they needed to track costs and cloud usage for migration to be beneficial. But on the downside, less than 50 percent believed they had adequate ability to track cloud metrics. This indicates that the data IT professionals need to show improved IT efficiency and cost savings isn’t being collected satisfactorily, posing the question, What benefits are in fact being realized?

The survey, sponsored by Cloud Cruiser, was paper-based and completed by 279 IT professionals attending Microsoft Ignite. Its main goal was to identify just how quickly IT professionals are moving to the cloud and to determine the value of cost metrics and cloud consumption. It also aimed to find out whether companies are in fact tracking and using the available metrics.

Cloud Cruiser, which partners with Microsoft, Cisco, AWS, HP, Rackspace and others, offers an enterprise software solution for hybrid cloud consumption-based management. According to their chief marketing officer, Deirdre Mahon, the survey results were representative of the market trends they are currently experiencing. However, once organizations become serious about the cloud, “they quickly hit a wall in terms of tracking usage and gaining full control on forecasts,” she said. To ensure IT professionals are able to deliver their services from the cloud with agility and efficiency, Cloud Cruiser “addresses that pain across the broadest range of cloud service today.”

Asked which benefits of cloud computing their company or organization viewed as the most important, survey respondents said:

More (a total of 73 percent) believed it was extremely (48 percent) or very important to track cloud costs and usage by “cloud deployment maturity.” But only 17 percent felt that their ability to track this usage and cost was “excellent”; a further 28 percent said their ability was “very good.” A total of 27 percent indicated that their skills in this area were poor or just plain “horrible.”