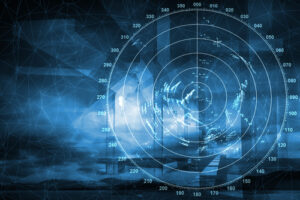 The Modular Drone Concept In Action

As the Internet of Things (IoT) world explodes around us, it is interesting to think about new ways of solving old problems. For example, drones allow for a potential solutions to a number of long-standing problems. Aerial drones that can carry modules are appearing. These new modular drones have a number of functionalities that will make them more and more useful. Their biggest advantages are flexible payloads and the ability to carry data-gathering sensors that enable information flow form the drone back to the user.

First off, we could easily equip a modular drone with Sonar technology to use in fishing. A drone carries line and a bobber out, with sonar pinpointing where fish are. You simply press a button and you are fishing where the fish are. Or you can use the drone to map out areas of the lake or pond that are too shallow or risky for a boat but a flying drone doesn’t hit obstacles in the water.

Secondly, drones have a lot of potential for search and rescue operations. If someone falls into water through ice, a drone could carry a rope out and drop it to the person. A drone could bring short-term medical and survival supplies to people trapped on mountains while a rescue team gets ready.

Radar, sonar, infrared and other measuring and mapping tools can be built as small modules. The drone then simply lands, you swap out the battery and the module, and you keep going. Imagine using infrared-equipped modules for your drone to spot lost campers or hikers in the woods. You wouldn’t need the complex flying yoke used by larger drones although that would be something to consider for heavier loads. The smaller drones’ maximum carrying capacity is equal to approximately the weight of a camera. (Flight time is dramatically impacted by the additional weight of the modules.)

But imagine searching 100 square miles with 100 drones. Assuming you had extra batteries and were close enough to the area you were searching, you could very quickly use three distinct sensors and locate what you were looking for. GPS, camera and infrared would allow you to run day and night. The images of the search are streamed back to people checking them. Looking for a lost hiker would be completed very quickly without having to send a team of people out into the woods.

Every fifth drone in your search fleet could have an ultralight survival kit that could be flown down to within inches of the hiker and dropped. The advantage: no risk of wind sweeping the supplies away from a hiker who can’t move. Two-way communication would be possible through a speaker and microphone on the drone. GPS location would be relayed back to the basecamp by the other drones.

The modular drone represents a great addition both for hobbyists and for professionals. In fact, you can convert any drone currently available to a modular drone. You simply remove the camera (most of them are camera drones) and attach other modules. Not many kinds of modules are on the market today, but they wouldn’t be hard to make. For Instance, you can simply take a portable sonar unit that broadcasts via Wi-Fi or Bluetooth and stores images on the memory card.  There are a number of such devices available which allow you to connect to the drone via a camera mount cradle.

Practically any IoT sensor that exists can be added to a drone and flown. You can measure anything you want quickly. Search and rescue teams can leverage drones to expand their search areas quickly. People who love fishing can leverage the sonar and carry their line beyond the break or further away from where they are. You can manage all the information from a single device (your tablet or smartphone). It is an aerial extension of the connected world that is IoT. Now you have to look up as well when wondering where that IoT sensor is.