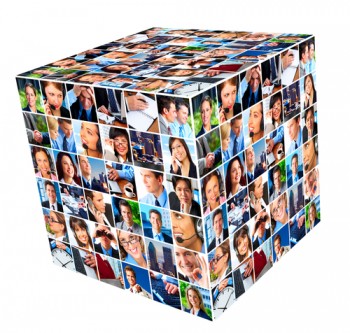 Online conference calls using Cloud and Connected devices have become a norm in most modern businesses. As long as employees can access a computer, or have a smartphone or other mobile device available, they can make the meeting.

With the plethora of available cloud-based conferencing and collaboration tools available, getting together with clients, company executives and co-workers is a breeze. It saves time and energy, and should improve productiveness in all business environments. But when dealing with people, even the best cloud-based conferencing services can fall short of expectations, with some employees calling in late and others hanging up before calls even begin.

A major problem is that there doesn’t seem to be any accepted etiquette when it comes to the dial-in and on-hold behavior of those attending cloud-based conferences. However, it does appear that women have more patience, joining conference calls earlier and waiting longer on hold before hanging up. It is also clear that very few people waste the time spent on hold while hanging around waiting for other participants to get online.

Conferencing and collaboration provider, InterCall has released an infographic that reveals what US employees do when placed on hold, waiting to join a conference call, as well as the changing habits of those joining online conferences.

They surveyed around 200 full-time employees who join one or more conference call each week, in an endeavor to more about dial-in behavior. They wanted to know how proactive and patient conference call attendees are when waiting for other attendees, and what if anything they do while kept on hold. They also wanted to know whether habits changed in relation to those involved in a particular conference.

From the survey, two areas that appear to need attention are the integration of video conferencing tools to improve punctuality of attendees, and swapping out pre-conference and on-hold background music in favor of company news or current events.

While conference calls have become an essential part of doing business, this shouldn’t preclude companies from “refining their tools or processes to match evolving employee habits,” says InterCall’s Executive vice-president of conferencing and collaboration, Rob Bellmar. “We believe that with a better understanding of current conferencing behaviors, companies can start taking strategic steps to change them.”

On average, most employees seem to give themselves more than enough time to log into conference calls on time, with 55 percent dialing in one to three minutes earlier than required, and only 10 percent joining as the conference starts. Interestingly, 13 to 14 percent of employees dial in at least five minutes earlier if they are “meeting with” clients or supervisors. They seem to have less respect for co-workers with 20 percent dialing in as the calls start.

When conference calls are delayed, attendees do sometimes hang up, but the survey showed 54 percent would wait six minutes or longer before doing this. Again they are usually more willing to wait longer if conference calls are with customers or company leaders – with 31 percent being prepared to wait at least 10 minutes.

Generally employees say they are courteous if they find they cannot attend a conference call or are running late, with 93 percent notifying other attendees.

Another interesting result was that 63 percent of respondents believed attendees would be earlier if the it was a video conference call rather than simply an audio meeting, implying that visibility has an impact on accountability.

What Employees Do While Waiting On Hold

Waiting for a conference call can waste a lot of time, particularly if meetings are running late. But results of the survey show that generally employees don’t waste time while waiting. In fact a very large percentage (76), use the time to carry out other work.

While not all these activities relate to work:

Often those waiting for conference calls to begin are subjected to music. While half the respondents said that the music played affected their attitude in the following conference call, 47 percent said they’d rather listen to news than music. Nearly a quarter (21 percent) reported negative vibes towards pre-conference music.

Above all else, the survey found that “women prove to be more prompt, patient callers than men,” with more women consistently joining conference calls early, regardless of who was in involved in the call. Further, women are twice as likely as men to join at least five minutes early. Women are also more likely to hang on longer on hold before leaving. On average, it seems that 21 percent of women will wait at least 10 minutes before leaving compared with 14 percent of men.

Perhaps oddly, while millennials (born between the early 1980s and early 2000s) are the least likely employees to dial in early, it’s the 46- to 60-year-olds who tend to dial in at the last moment, with 16 percent admitting they dial in as meetings are starting. However older folk are more likely to wait on hold for longer before hanging up. Only 45 percent of 18- to 25-year-olds will wait six or more minutes; 53 percent of 26- to 35-year-olds; 62 percent of 36- to 45-year-olds; and 63 percent of 46- to 60-year-olds. At the same time, older employees are more likely to hang up without contacting other callers.

One statistic that was particularly unsurprising was that more than half of the 18- to 25-year-olds admit they check social media while on hold, while only 17 percent of 46- to 60-year-olds bother.