A Recent History of the Cloud In The 21st Century 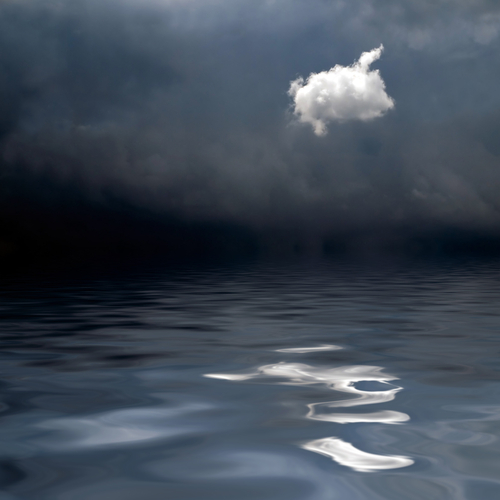 History of the Cloud

The concept and history of the cloud dates back to the 1970’s when virtual machines were being created. While the buzzword “cloud-computing” is a 21st century creation, the ability to share resources over a network was being sought much earlier in time. In the last 15 years cloud computing has gained significant strides in terms of the consistency of its growth and its value towards individuals and businesses alike.

The Cloud Becomes Real after the Dot-Com Bubble Burst

During this time in the beginning of the year 2000, the bubble burst of the dot-com set into motion the fast-paced growth of the cloud. Modern data centers were becoming large and the need to store this data online was becoming more and more relevant. Federal Reserve Board Chairman Alan Greenspan called its growth “irrational exuberance” and the failure of these new Internet companies was destroying the market. The Internet companies that managed to survive the bubble burst had to find more efficient solutions for data storage and general IT architecture.

One of these Internet companies that managed to survive is known as Amazon today. The company and its leader, Jeff Bezos were pioneers of the cloud movement, developing Amazon Web Services in 2006.

The General Understanding of “The Cloud” Within the Market

Due to the fast-paced research and development of cloud-based architecture, many were skeptical and confused of its potential and whether or not there was a need to replace infrastructures that had been around for decades. Mark Minasi, a Windows Computer Expert stated, “even if someone builds the Cadillac of cloud services, they’ll be out of business within a year.” Ray Ozzie, Microsoft chief software architect said, “Is this cloud thing really different than any of the things we’ve known in the past? The answer is absolutely and resoundingly yes.”

In 2008, the market of services on the cloud was expanding rapidly, as most large Fortune 500 companies and Internet entities were using the cloud. During this time, a large amount of attention was being focused on private clouds. Many large online enterprises were fearful of the potential for their data to be hacked into or their cloud to be breached. Microsoft, Rackspace, and other vendors at the time were repositioning their services to private clouds. Other IT companies were assembling their own internal clouds as well.

The Birth of EUCALYPTUS and Now

In May of 2009, Rich Wolski created the Elastic Utility Computing Architecture For Linking Your Programs To Useful Systems (EUCALYPTUS). This was open-source software compatible with Amazon EC2 and AWS APIs. This was a turnkey data center for companies wanting a private cloud. In 2010, OpenStack was created by a partnership between Rackspace and NASA. OpenStack offered a way to create do-it-yourself clouds in a secure private test lab before making it live.

As cloud computing grows and becomes more and more of a necessity in small and large enterprises, the professionals are looking for continually evolving the cloud architecture. The National Security Agency and PRISM scandal turned the security industry upside down and cloud security is an ever-present thought for IT Staff and vendors alike. As higher performance computing becomes a reality and networks defined by advanced software are more prevalent, cloud computing seems to show no signs of slowing down.