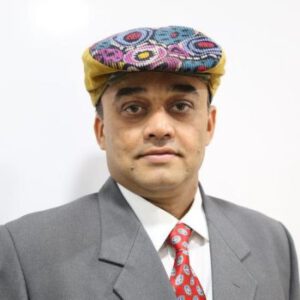 Mobile Apps Development Into The Cloud – A Good Business Strategy

The client came to us in need of an app that could ensure the safety of people. While this might sound very random right now, it wasn’t at that point. Our teams combined forces to make a noticeable contribution in the security conditions of Australia.

Thinking more and more about the issue, we decided to make a system that tracks the ‘being,’ whether it be a child, a lady or a gentleman, throughout the course of travelling, during the whole day. This did bring forth many challenges, but at the end of the day a good plan was made and formulated.

We decided to make an app named, MySafetyBuddy (MSB) that can follow the path of anyone with a smartphone time it, measure it and notice if any violent jerks have been felt by the phone sensors and more. The data collected will be sent in real time to the family and friends, on a real time basis.

This app was created completely, in less time, and efficiently, on Cloud. From the very beginning, this apps’ construction and development was done on Cloud, and it was important to do so because of the amount of data that needs sending and receiving in terms of notifications.

Apps are becoming increasingly heavy, in every field and every area, due to the dependence of human life of smartphones.

Want to plan a meeting? Whatsapp! Want alarms and reminders? Calendar! Want to plan your work and create a checklist? Trello!

Everything possible and plausible is been provided by smartphone apps. And this coming and going flow of information needs to be transacted through the cloud so that the heavy load of these apps does not affect the device itself. These cloud apps can handle peak traffic avoiding the burden on devices.

The figure below shows that enterprises are moving to cloud computing for many gains.

Cloud affiliation or cloud app development is not a new concept after all, and since quite a few years it has become a common idea. Think Gmail, Google Maps and likely your favorite navigation apps. They’ve long been cloud-based. It’s just a new term introduced. However, the new thing in the cloud oriented market is making apps on cloud only.

This means that when the user downloads an app of this sort, the only memory it occupies is that of the app. Any other in app data will be saved on the cloud itself. It is a perfect solution for all the apps. It basically doesn’t use up the phone’s loading process instead the entire process is loaded up in the cloud.

Security Concerns and Other Issues:

Security is the main concern, amongst others, but avoiding using Cloud is not the wisest option either. The choice to be made does require a lot of understanding of the concept and knowledge of the options and yet creating an app on Cloud is the best from whichever angle you look. Change and growth is what any customer requires and an app developed in the Cloud is the perfect gift you can give them.