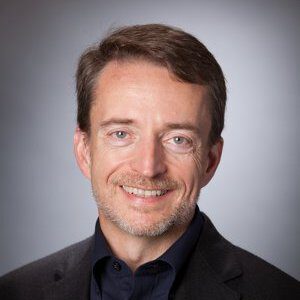 The Five Imperatives For Digital Business

The Imperatives For Digital Business

CEO Pat Gelsinger’s keynote at VMworld 2015 focused on the future of computing and VMware’s vision of the future. Introductory themes covered the oft-heard topics of ubiquitous connectivity, the simplification of heterogeneous enterprise landscapes that VMware is working towards, and maintaining safe and secure systems on the established backbone while moving forward with the new style of DevOps for new classes of applications.

The Five Imperatives For Digital Business

The keynote was concluded with five “must do’s” for progressive business and IT leaders:

Gelsinger insisted that businesses have to embrace new models of mobile cloud technology, and noted that vertical industries such as technology, health, education, custom manufacturing, and insurance will change in the near future.

The need for a unified hybrid cloud was highlighted. Gelsinger stated, “It’s not about the big beating the small, it’s the fast beating the slow. So, the most strategic way forward in this space is creating hybrid applications.”

Gelsinger believes businesses have been spending too much money on products that don’t solve security challenges and suggested that only the cost of security breaches has increased more than the cost of security spend. He added, “Some say security should be built in and not bolted on – it’s nonsense. We didn’t have a place to bolt it in. We were just patching it on. We need to put an end to that thinking and now architect in security. It lets us be twice as secure for half the cost.”

Businesses need to become proactive instead of reactive, changing the human experience. Applications, Big Data, and analytics can build dynamic technology to help predict almost anything, and that which we find invasive today may be crucial in the future.

His final imperative described the decrease in S&P 500 companies, claiming 40% of S&P companies won’t exist in the coming years. Gelsinger stated, “You must break out to stay relevant in this future. Rattle the cage, be the entrepreneur and innovator for your business. It is time to lead the change.”

Diginomica notes, however, that VMware is not responding to future problems in a manner that is likely to be mutually satisfactory to IT, DevOps, and the business. Though their hybrid solutions and unified infrastructures are good in theory, they are only small steps in the right direction, and some industry analysts don’t believe that the view of VMware as the bridge between cloud and on site is correct.

There has been much speculation regarding the fate of VMware at the hands of Elliot Management, but no announcement regarding the matter was made. Conjecture was voiced over who will buy who and who will lead, and rumors of leaked Re/code and “tiger team” were heard, but the future of VMware remains a mystery.

John Furrier, Stu Miniman, Dave Vellante and Brian Gracely of theCUBE (SiliconANGLE Media team) discussed VMworld 2015, and Farrier believes opportunities for startups are expansive. Miniman believes good innovations have been unveiled, Gracely notes that the industry is slowing make the right moves in the area of devops, and Vellante states that the industry can make use of another storage company. Furrier says of VMworld 2015, “VMware was flexing its muscles. The show proved this it is a proud company going to the next level, no matter who is running it.”