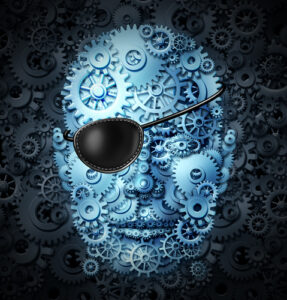 The Next Industrial Revolution

The Next Industrial Revolution

Recently, World Economic Forum discussed the digital future with 800 ICT experts and executives, probing for predictions of trends to come, the timelines we can expect, and the potential impact on society. It’s likely that the internet of things, big data, and artificial intelligence will be driving much of the change, and most respondents expect technology tipping points to occur by 2025 in areas such as connected clothing, 3D-printed motor vehicle production, and driverless cars. Remarkably, a significant percentage of respondents believe that we will see our first 3D-printed liver transplant by 2025, and many expect the first AI machine to sit on a corporate board of directors.

82% of respondents predict that implantable mobile phones will become commercially available in the next ten years, and 91% believe that one in ten people will be donning connected clothing by 2025. Additionally, 10% of reading glasses are likely to be connected to the internet. A majority of those surveyed consider 3D-printed organ transplants will be a very real aspect of our near future. It’s also expected that robots will be seen in the Workplace, potentially carrying out functions such as corporate audits, and a robotic pharmacist could make his debut in the US before long. And though the idea of artificial intelligence contributing to a corporate board is plausible, less than half of the respondents believe it is likely to happen before 2025.

The last ten years has seen a ginormous leap in connectivity, and the next ten will follow that trend. Currently, more than half of the world is not connected to the internet, but it’s expected that 90% of the global population will have regular access to the internet by 2025, with 80% having a digital presence. In 2014, 50% of the world’s population had access to smart phones, and as these devices progress, so too will their distribution, with 90% of the world using smartphones in the next decade.

Though some of us already have marginally connected homes, smart thermostats, wireless sound systems, and smart TVs, it’s thought that half of home internet traffic will be specifically for smart appliance by 2025. Driverless cars will be frequenting our roads, and 1 trillion sensors connected to IoT will presumably improve safety, boost productivity, and help us better manage our resources.

Digital hoarding may be near at hand, as experts imagine most people will have access to free, unlimited digital storage. And though Government census’ have a 6,000-year history, it’s likely that big data sources will begin replacing them.

Currently, a fraction of the world’s GDP is held in a digital ledger (blockchain) where the transactions of currencies such as bitcoin are logged. Though a small majority expect this to increase to 10% by 2025, more believe we will see a government collecting taxes via a blockchain in the next ten years. And sharing economy firms, such as Airbnb and Uber, will continue to rise, with predictions that 2025 will see more shared than private car trips.