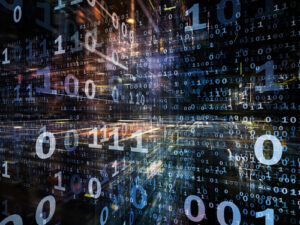 At its annual AWS re:Invent conference, Amazon unveiled a smorgasbord of new products designed to poach legacy customers at rival companies like Oracle and IBM. One of the most notable is the new AWS Import/Export service, which Amazon says is “faster, cleaner, simpler, more efficient, and secure.” Moving petabytes of data is also easier, thanks to a new Snowball appliance that is robust enough to withstand a 6 G shock, the company said.

In addition to the 47-pound tamper-resistant storage device, the Amazon Kinesis Firehose was also announced, making it easier to load streaming data into AWS. With Firehose, customers can create delivery streams and route them to Simple Storage Service (S3) buckets or Amazon propagation tables. It will then do all the monitoring, scaling, and data management, the company said.

Furthermore, Amazon courted legacy customers by introducing a new tool called Amazon Inspector, which can analyze behavior of applications running in AWS, while also detecting security issues on the fly.

Now, what about the rumored business intelligence tool that Amazon is reportedly working on? Enter Amazon QuickSight, a BI tool that the company is offering at 1/10th the cost of traditional analytics services. It’s also capable of handling data-intensive workloads such as sales analytics, ad targeting, customer segmentation, forecasting and planning, clickstream analysis, inventory and shipment tracking, and IoT device management.

Apple acquired Perceptio, a startup specializing in deep learning and artificial intelligence, reports Bloomberg Business. The iPhone maker confirmed the acquisition, sending a boilerplate response that said: “Apple buys smaller technology companies from time to time, and we generally do not discuss our purpose or plans.” The financial terms of the deal, however, were not revealed.

Founded by artificial intelligence researchers, Nicolas Pinto and Zak Stone, Perceptio is working on an advanced image-recognition system for smartphones that doesn’t rely on too much data in the cloud—a boon to Apple’s praxis, which is to minimize the use of customer data, all for the sake of privacy.

Hot on the heels of Jack Dorsey’s appointment as the new CEO of Twitter, the social network is rolling its most important product update. Enter Moments, a new feature that displays a curated list of tweets on various subjects, ranging from sports and entertainment to science and technology. Simply put, Moments is Twitter’s own newsfeed. The concept is somewhat similar to Snapchat’s Live Stories feature.

Twitter has partnered with the New York Times, Washington Post, Fox News, NASA, Vogue, MLB, and Getty Images to curate interesting stories. The social network plans to expand its list of partners in the future. The feature is currently available in the U.S. To use it, tap the lightning icon or the new Moments tab, where you will be able to discover trending stories on Twitter.

Twitter has been working on the feature for a long time. Internally, it’s been called Project Lightning. The new feature serves two purposes. One is to capitalize Twitter’s strength, which is real-time news. The second is to attract new users, who are somewhat intimidated by Twitter’s interface. With Moments, new users won’t have to follow important people and publishers to get updates. Moments will determine how Dorsey will be remembered in his new role as Twitter’s leader.

The European Court of Justice, the highest legal authority in the European Union, declared the “Safe Harbor” agreement between Europe and the United States to be invalid, stating that its 503 million Europeans do not have the right to bring legal cases in the U.S., should their rights to privacy are infringed.

The Safe Harbor agreement, which allows American companies to collect data from web searches, social media posts, and other online transactions in Europe, was signed in 2000. Under the agreement, the United States promised to protect the data of European citizens. Over 4,000 American and European companies vowed to treat any information moved to the U.S. with the same privacy rights the data had inside Europe.

The ruling is big blow to technology companies, including Google, Facebook, Apple, and Microsoft. Now that the agreement is void, American companies will need to check with their legal teams to ensure that the data of their customers are transferrable. Tech companies use personal data to tailor advertisements and promote products that are based on the habits of their users.

Gene is a writer with over five years of experience in covering the technology industry. Gene writes about computers, gadgets, mobile devices, software applications, AI and startups…