Who’s Who In The Booming World Of Data Scientists 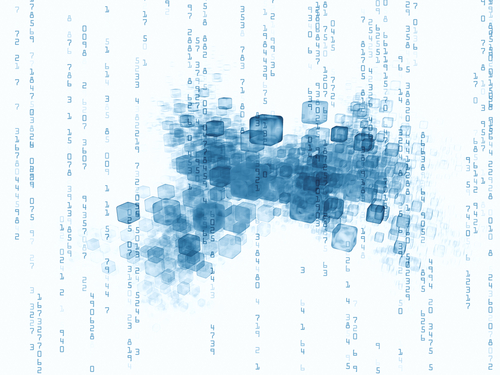 The World of Data Scientists

The nature of work and business in today’s super-connected world means that every second of every day, the world produces an astonishing amount of data. Consider some of these statistics; every minute, Facebook users share nearly 2.5 million pieces of content, YouTube users upload over 72 hours of content, Apple users download nearly 50 000 apps and 200 million emails are sent. That’s every single minute. IBM estimated that we produce over 2.5 quintillion bytes of data every day and that growth shows no signs of slowing down.

More than ever, we need people and systems to make sense of all that data and it’s no surprise that data science has become one of the hottest spaces in the tech industry. But with the growth has also come confusion about what people really do and who you should be hiring when you need a data scientist.

DataCamp created a very handy infographic recently that breaks the industry down, and we’re going to attempt to simplify it even further for you today.

At the top of the pecking order is the Data Scientist, a highly-skilled operator who can currently command a salary around $120 000 per annum. These people are attractive to companies like Google, Microsoft and Adobe due to their ability to clean, massage and organize big data. They are skilled storytellers, able to create predictive models and use maths, stats and Machine Learning to extract value from the reams of data presented to them.

Supporting the Scientists and Architects are the Data Engineers who develop, construct, test and maintain the architecture which produces the volumes of data needed in multi-national corporations such as Spotify, Facebook and Amazon. They have the mindset of an all-purpose everyman and their skills revolve around Data API’s, data warehousing solutions and modelling. Annual salaries average around $95 000 for the engineers.

Tying this talented trio together in an incredibly value role are the data and analytics managers who are responsible for “managing teams of data analysts and data scientists’’. Generally, they are fluent in languages such as Python, SQL, Java etc but are valued more for their leadership and project management skills and interpersonal communications. Great managers are valued as highly as data scientists and earn roughly the same packages as the scientists.

Statisticians are generally known as the ‘’historic leaders of data”, and in this day and age, a statistician will collect, analyze and interpret qualitative as well as quantitative data with statistical theories and methods. The mindset required is logical and enthusiastic about data and Data mining and are skilled in cloud tools as well. A great statistician will earn in the region of $75 000 annually.

These figures in the world of data science are ably supported by the database administrator, the business analyst and the data analyst who each earn on average $65 000 a year. The analyst is an intuitive data junkie who loves to solve problems and figure things out while the business analyst has learned how to provide a bridge between the IT department and the business units, so that they can best advise how to put this data to work in the interests of whatever company they are working for. Databases can be vulnerable places and the administrator should be on top of backups and security while making sure that the database is available when the relevant stakeholders need to use it. A vital role for someone with nerves of steel and the mindset of disaster prevention.

There are exceptions all the time, but in a nutshell, these are the roles that make up the growing field of data science in the early 21st century as organizations become more and more adept at working their way through fields of data to find key insights and assist improved decision-making in modern day corporations.