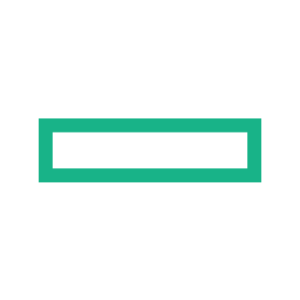 Cyber Security: An Ounce of Prevention

A new breed of technologies now exists that takes snooping to a completely new level. Launched from ads broadcast on TV, or appearing inside or alongside a web page on your computer, they send out an inaudible signal – inaudible to humans, that is – but very clear and understandable by the devices that surround you. This technology, which goes by several names and is manufactured by more than one company, seeks to solve a marketer’s key conundrum: just how do consumers react to advertisements, and how can this be fine-tuned? The signal essentially gets all the smart devices owned by the average person – smartphone, PC, tablet and intelligent car key fob – to share information about what their human owners do: where they go, what they buy and what they research online. The software behind this technology consolidates information from all of these devices (vastly improving a sponsor’s knowledge of consumer behavior), which can then be used to design and deploy a more efficient type of advertising.

Most people are not aware of the existence of this technology, but those who hear about it generally react negatively, considering this to be a significant invasion of privacy. They did not know it existed. Why? Because they did not have the time to find out.

Although this specific snooping technology takes aim at individual consumers rather than a specific company or enterprise, it carries with it a sobering reality for both worlds. There are people out there who will do anything to get at what you have, whether it is to learn about you, steal from you, sabotage you or all three. Their quest is relentless, and the people behind this are extremely creative.

So this is the challenge for every person involved in cyber security (the professionals, but also the average people): keeping up with relentless innovation from those trying to get in. It’s easy to blame the bad guys, since they do what bad guys do. But there is much that people can do to mount a strong defense, and a great deal of this has to do with time.

People have allowed themselves to become too busy. They fill their calendars 100 percent with tasks, leaving no time for reflection, planning and learning. In the case of the snooping technology, more people could have learned about it sooner if they had more time in their day for ongoing learning and reflection.

Lack Of Time Is Detrimental To Security Health

Many security analysts will point to the fact that there needs to be a parallel system within the world of cyber security that focuses on time rather than technology, since it is time – or more precisely, the lack of it – that is responsible for a great deal of the damage. For example:

Most working people who are not cyber security specialists also suffer from time deficit. They are overloaded with tasks, email, crises and meetings. They don’t have the time to devise sophisticated passwords; they prefer to use cloud-based technologies for calendaring, directions and file storage; and they’re trying to get through an overloaded day as best they can.

Both of these groups of people can take a great leap forward in the battle against cybercrime by being more aware of the strategic value of time.

Security specialists, for example, need to be able to carve out a block of undisturbed time every day to be used for planning, anticipation of future events, continuing the learning process and being able to find out more about the things they don’t know enough about. Permission for this time allocation must come from their own time-management skills, but it must be reinforced and endorsed by company management and co-workers. This is time invested, not wasted.

Similarly, end users and company employees also need to be allowed to allot a certain amount of their time toward proactive security-related habits. Far fewer people will be fooled by phishing scams if they are mentally calm enough to not panic when reading them. These same people will be better able to devise and regularly update their passwords, use two-factor authentication or seek out secure methods for communicating, instead of relying on insecure Wi-Fi, including their own systems at home.

When contemplating cyber security, most people immediately think of software as both the cause of, and the solution to, the problem. But human beings have a great role to play as well. Simple allotments of time in the busy workday will pay off through the delivery of skills, habits and mindsets that make it much harder for cyber criminals to penetrate.

For more on this topic, go to businessvalueexchange.com, sponsored by HP Enterprise Services.