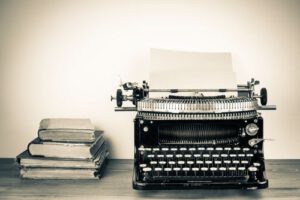 The Rise of The As-a-Service Industry

No Longer Doing It by the Book: The Rise of the As-a-Service Industry

In mid-2015, a world leader in online book sales announced a ground-breaking approach to royalty payments to authors whose books were listed on their e-book lending service. In essence, the company announced that they would be paid by each page that had been read, rather than simply a flat fee for the download of the book. This innovation was met with much despair by writers and the media, who immediately saw it as a new form of either censorship or exploitation, given that readers need no longer complete their emotional and financial investment in a book, but simply pay a pro-rated fee for whatever progress they made. One journalist suggested, tongue-in-cheek, that perhaps the same principle be offered in restaurants, in which patrons would have to pay only for the portion of a meal that they consumed.

It must be emphasized that this pay-per-page development applied only to the extensive subscription-based lending library, and not to books that were purchased and downloaded the traditional way. However, it is indicative of a trend in almost all industries, in which products are giving way to an “as-a-service” economy. The fact that this transformation is now happening to a centuries-old industry (book publishing) proves that no one is safe from change, and it delivers some significant strategic lessons for companies everywhere.

The book publishing industry represents one powerful middle layer between creator and consumer. As with the movie and music industries, publishers have essentially dictated how creative material is to be distributed—and how its creators are to be paid. Ironically, although this pay-per-page initiative seems, at first glance, to penalize authors, many of those who analyse their potential revenue based on the formula envision little to no loss, and perhaps even a financial gain—a step forward from the meagre royalty structure that most authors currently face.

As such, traditional publishers stand as a symbol for distributors of all other types of goods. It is important to recognize that in this changing economy, new things are happening: long-term patterns and predictions are giving way to overnight pop-up trends; manufacturers are discovering they are free to sell direct to consumer (D2C), cutting out the middleman completely; consumers are becoming increasingly aware of their power through comparison-shopping, online research and reviews – they have greater sway over the marketplace than ever before. So, in the same way that books are now at the whim of a reader’s attention, so too are products of all types, and those who sell them—all along the chain—must pay attention. The term “disruptive” is often used to describe innovative products and technologies that have caught on to this new movement, because that is what they are doing: disrupting the status quo.

Secondly, the pay-per-page approach redefines book publishing as “reading-as-a-service,” and thus brings it in line with many other types of as-a-service offerings that manufacturers and distributors are either discovering or are being forced to embrace. Whereas once it was sufficient to sell a photocopier to an office or copy shop, the better model is proving to be one in which the device remains the property of the manufacturer, and a service is sold to the retailer in the form of number of pages printed, toner refills, maintenance, training and up-sell opportunities. In short, service is replacing products across the board.

Some authors have cynically suggested that their writing style might now actually have to adapt to readers’ tastes rather than the other way around. But this is the same situation that all companies face: the need to balance quality with agility, both inside and out. It applies to products for sale, and it applies equally to hiring and retaining quality talent.

Paying for “pages read” may seem like an odd and non-traditional idea. But so too is the idea of dominating the hotel industry without owning property as AirBnB did, or changing the taxi industry without buying cars, as Uber did. In fact, “odd and non-traditional” are quickly becoming bastions of the new normal. Writers and readers are welcome to push back against the pay-per-page initiative with outrage, but they should also see this new form of publishing as the writing on the wall.

For more on this topic, go to businessvalueexchange.com, sponsored by HP Enterprise Services.