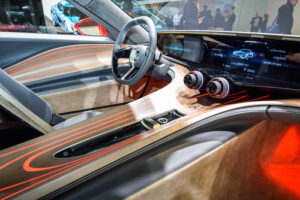 The Driverless Car Of The Future Is Speeding Towards Us


In the not too distant future, it’s quite conceivable that people will look back at the time when humans were left alone to drive their vehicles as they saw fit with a mix of amusement and horror. The rate of advancement in the arena of driverless cars is staggering and every day brings us a little closer to a reality that seemed like absolute science-fiction less than a decade ago.

In a recent interview with Danish newspaper Borsen, Tesla founder Elon Musk informed readers that he expects the first fully autonomous Tesla’s to be available in 2018 and to be approved by regulators less than 3 years later. Toyota claims its first autonomous vehicles will be on the roads by 2020, while the United States Secretary of Transportation was quoted at the 2015 Frankfort Auto Show as saying that he expects driverless cars to be globally in use within the next ten years. It seems autonomous vehicles are now merely a question of ‘’when” rather than ‘’if”.

However, the technology is moving quicker than the regulations which govern the roads. The Wall Street Journal reports that “Car makers globally have been hesitant to commit to deploying such technology until governments approve it and set up guidelines. However, many governments are unsure how to regulate the technology, which is still in development and could be stifled by overly constrictive rules.”

Andrew Moore, dean of computer science at Carnegie Mellon told The Atlantic that’ “I don’t think anyone is clear, at the moment, on how autonomous driving is actually going to get introduced.”

Yet almost every vehicle manufacturer is taking tentative steps towards this future. Germany’s big three (Mercedes, BMW and VW) are adding autonomous features to their cars and there is general consensus that hands-free systems for highway driving would be a logical first step. It’s the unpredictable urban environment where the bigger challenges and risks lie for all the major players in the field.

As the notion has taken hold that this future is inevitable, it’s not just manufacturers getting involved. There are questions of ethics and philosophy raising their head: What should a driver do if the car is heading towards pedestrians and the only option is to drive off a cliff? Who is responsible if someone deliberately steps in front of a car and causes it to swerve? The website Quartz has been unpacking these issues lately; writing that “Of course, cars will very rarely be in a situation where it there are only two courses of action, and the car can compute, with 100% certainty, whether either decision will lead to death. But with enough driverless cars on the road, it’s far from implausible that software will someday have to make such a choice between causing harm to a pedestrian or passenger. Any safe driverless car should be able to recognize and balance these risks.” 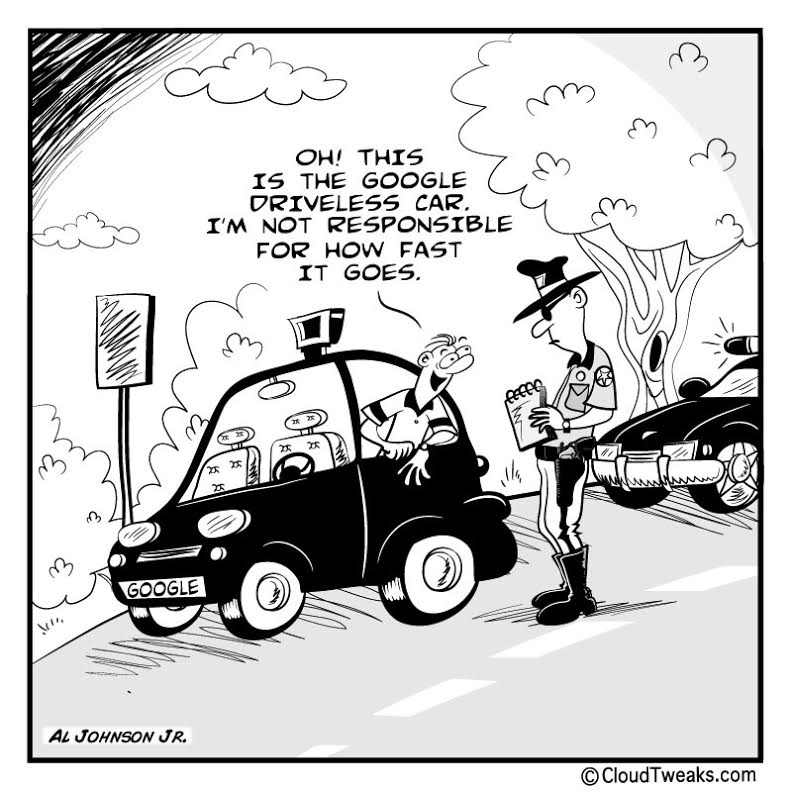 The safety of the cars themselves seems to be beyond reproach and it’s likely that the number of fatalities around the world will plummet with the widespread adoption of these vehicles. The real threat comes from humans and the way they drive and make less than optimal decisions on the road.

A car that behaves ‘’too safely” also poses a risk when dealing with real risk-taking humans.

Nevertheless, the progress feels inevitable and it’s only a matter of time before we take for granted the sight of a car on the road with no sign of a driver. And all this, before Apple even formally admits that it has assembled a crack team of engineers who are working on an autonomous vehicle of their own.

The introduction of the “iCar” will likely be the ultimate game-changer, if history is anything to go by.