The Potential of the Internet of Things is Massive 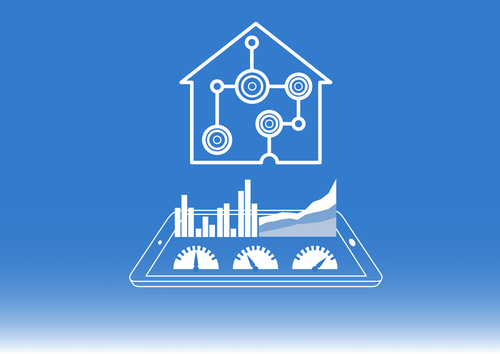 The Potential Of The Internet of Things

Here’s a quick statistic that will blow your mind and give you a glimpse into the future. When you break that down, it translates to 127 new devices online every second.

In only a decade from now, every single vehicle on earth will be connected to the Internet of Things (IoTs), according to Mobile Future, an association of cutting-edge technology and communications companies.

And while that’s impressive, it’s only a shadow of where technology and the sector is going.

The scale of the changes sweeping in and reshaping every aspect of our lives is phenomenal. Study after study delivers jaw-dropping numbers about the potential impact from the Internet of Things, and we’re only getting started.

Wearable Technology Use Doubling Each Year

Multinational software company Adobe speculates that almost 87% of consumers still know very little about the rapidly advancing connected future. Wearable technology is one of the areas where consumers are gaining awareness, thanks in large part to the marketing reach of Apple and the launch of Apple Watch in 2015. As the year comes to a close and more and more companies launch wearables, mainstream awareness grows. Mobile Future suggests that the amount of wearable technology in use is doubling every year and 71% of consumers say that wearable technology has improved their health and fitness.

But if health and fitness are at the cutting edge of the internet of things, it’s the connected home that really gets tech wizards and investors salivating. “Nearly three-quarters of homeowners said they want a self-adjusting thermostat, according to a new survey from Icontrol. That finding makes smart thermostats the most coveted device, ranking slightly above home monitoring cameras, internet-connected door locks and automatically adjusting lights.’’

And not far behind those devices, is the arena of entertainment where projections are of a staggering $56 billion market by 2018.

Shawn DuBravac is an analyst who is extremely bullish about the dawning of this connected age, or what he calls “the Internet of me”. The author of Digital Destiny lists the ‘’5 pillars of our Digital Destiny” as being ubiquitious computing, cheap digital storage, constant connectivity, a proliferation of devices and the ‘sensorization of technology. Right now, those pillars are converging and are being realised. Speaking at the 2015 Consumer Electronics Show, DuBravac foresees “an even bigger universe of products, consisting of everything from internet-connected thermostats to smart toothbrushes. Within a few years, he says, the market for such products will reach 50 billion devices, compared to the current smartphone market of 2 billion units.”

It’s not just the home or the car. Every aspect of our lives, from the military to agriculture, energy, education and health will be reshaped by the connectivity of the devices within the sectors. 44 zetabytes of data will be exchanged between connected devices by 2020, a number that defies imagination.

The Next Gold Rush

The Internet of Things has captured the imagination of businesses worldwide who are foreseeing the next gold rush and are determined to be a part of it. 94% of all businesses have seen a solid return on their investment into IOT and the upside is still enormous, according to Adobe’s CMO.

In fact, only 0.06% of things that could be connected to the Internet currently are, which means 10 billion things out of the 1.5 trillion that exist globally are currently connected. The McKinsey Global Report estimates that this could all end up adding $11 trillion per year to the global economy by 2025

This is what it feels like to be standing on the edge of a brave new world.