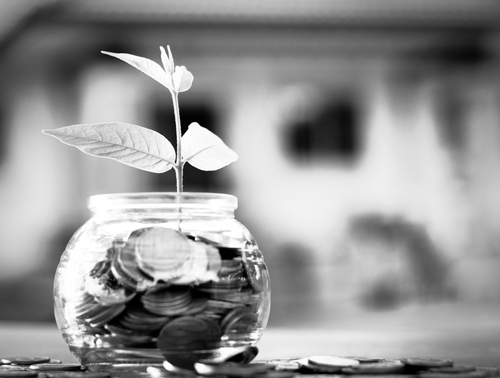 Venture capitalists spend their working hours searching for startups, industries and ideas that have great potential to scale up, disrupt and change the world as we know it. Between February of 2014 and February of 2015, thousands of investments in various ventures took place around the world and we can get a sense of where technology is going by studying the way that money is being invested.

The vast majority of the spend went on e-commerce and e-services with slightly less than 1200 deals being agreed upon to the value of US$26 billion. This was followed by almost 600 software investments to the tune of US$8 billion and then US$3.2 billion in hardware, according to an infographic produced by Pivotl (StrategyEye). 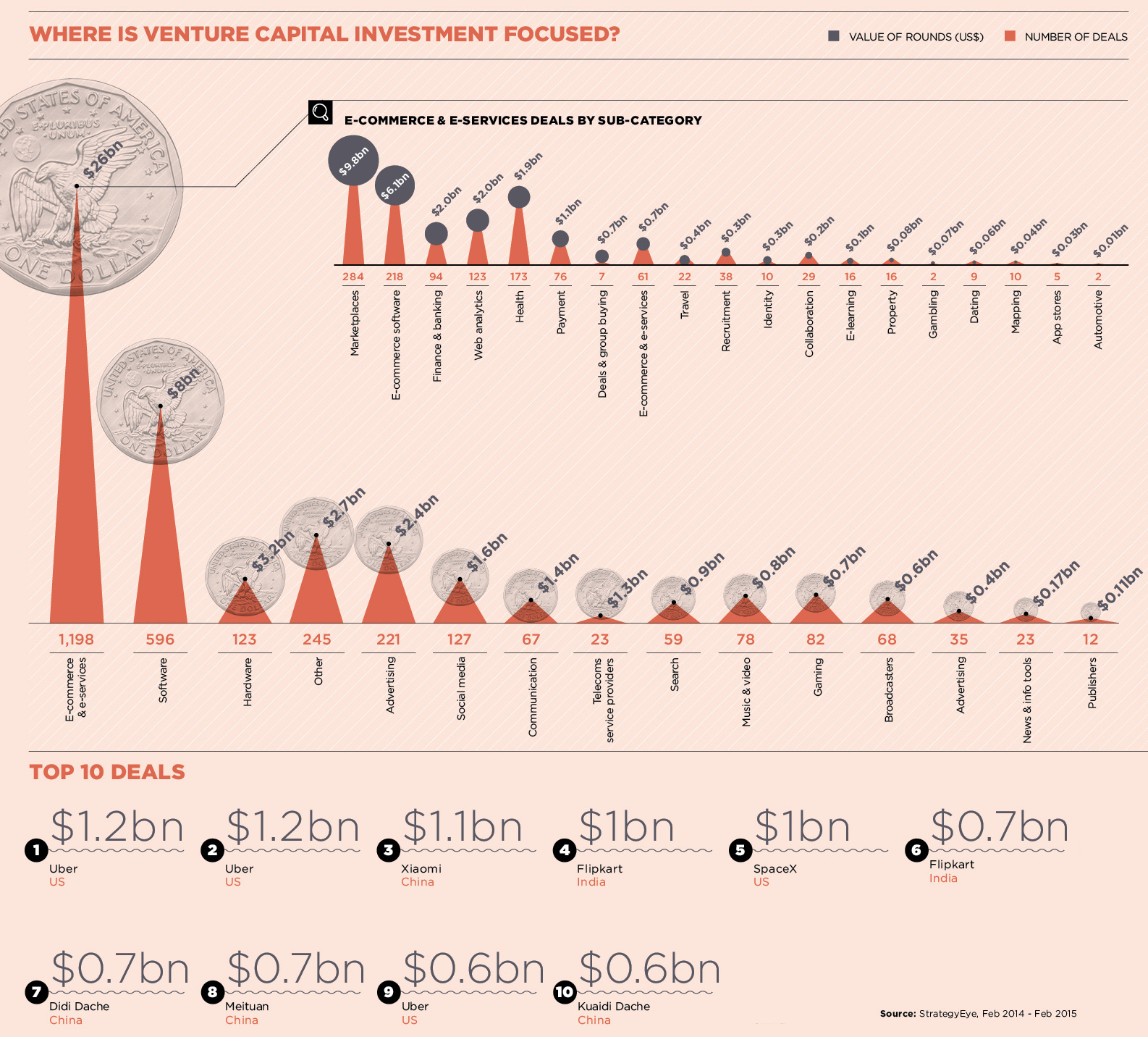 The exponential growth of cloud computing and SaaS technology can be seen as a thread running through many of the growth industries of the future. Heavy investment in sectors such as marketplaces ($9.8 billion), e-commerce ($6.1 billion), finance and banking ($2 billion) all require sophisticated cloud computing networks to drive their growth and expansion. Understanding big data is another crucial skill and there has been considerable investment in Web Analytics during the past year with a combined value of $2 billion.

It’s not only North American companies that are getting the investment, although they do still dominate the industry. From the Top 100 Venture Capital deals of the year, 58 were based in North America, followed by 33 from Asia, 6 in Europe, 2 in Africa and 1 in Oceania.

While there was a healthy spread of investors from around the globe, the most active investors were well-known VC players such as Sequoia Capital, who completed 90 deals to the value of US$3 billion, KPCB who invested the same amount but in only 44 deals and Accel who made 71 investments to the value of US2.4 billion.

A brief glance through the top categories of investment seems to indicate that there is massive change coming in the banking industry. Deals and Group Buying, Payments, Finance and Banking, E-Commerce are all in the Top 10 sectors attracting considerable investment and it’s fair to say that the ‘uberization’ of the banking industry is moving closer and closer to becoming a reality.