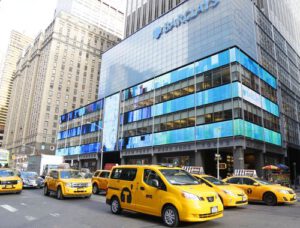 From Surge Pricing To Surge Payments

In a very short period of time, Uber has emerged as a world-changing business philosophy that goes well beyond cars. It represents a new approach to crowdsource-based, on-demand service. It is changing the way companies look at the delivery of goods, in terms of direct delivery to a customer as well as to and from warehouses. It has already profoundly impacted the taxi industry, which has reacted with fear and anger at this brash new competitor, and which, in some cities at least, has already resulted in a lowering of base fares and an improved level of service. That’s what competition does.

As with many innovations, the Uber approach to individualized service is still developing. There are wrinkles yet to be ironed out, either by Uber or its own direct competitors, and one of these is the idea of surge pricing. Uber’s detractors have pointed to the free-market approach to pricing that Uber’s services seem to have demonstrated in times of great demand. Although Uber itself has commented on this, there is a simple fact to remember: Uber is not the only game in town. Customers are not obliged to pay any form of surge pricing due to some transit monopoly; there are other forms of transport always available.

The surge pricing model is a facet of free market economics, whether embraced by Uber or not. Any company that invokes it simply capitalizes on the fact that services have a value, and many factors, including convenience, status, or scarcity tend to raise that value, even if temporarily.

So what happens when the Uber model gets applied to more traditional payment systems, like the net-30 or net-60 invoice payment structure? This multi-week delay between receipt of an invoice and the cutting of a cheque is central to the operations of many organizations in both the public and private sector. Many organizations base their cash flow and projections on this buffer, ensuring they reduce or eliminate exposure between input of revenue and outflow of expenses. For the last few decades there really has been no other way – at least any that are acceptable to the accounting department.

But in the age of Uber, this is changing. Some companies are starting to recognize that they can pay suppliers through credit card and PayPal, through electronic funds transfer, even using BitCoin, and they can do so within one hour or even one minute of receiving the invoice. The question is, why would any company want to do that, when they can hang on to their money for another month or more by staying with the traditional procedure?

Priorities Based On Immediacy Of Payment

The answer lies in Uber’s approach, which is simply a speeded up version of any free marketplace: you get what you pay for. Suppliers of goods and professional services may reconsider their business priorities based on immediacy of payment. They may simply become unavailable to any organization that cannot pay within minutes of delivery or completion.

This, then is not an immediate copy of surge pricing, since prices for the services have not increased, but it definitively points to an increase in overall cost to the buyer, when the most efficient – and therefore ultimately most economical – suppliers bow out of the supply chain in favor of more prompt-paying customers. The cost to a purchasing organization might not be in up-front dollars, but in the elimination of the ideal supplier.

This is already happening, and it promises to only increase. As companies seek to improve their productivity and competitiveness in line with the changing mobile-first economy, some of the more traditional aspects of running a business get left behind or taken for granted as the perpetual norm. However, in just the same way that Uber has shaken up the century-old world of taxis-for hire, the speed of payment ideal will change the traditional business-to-business playing field, modifying the value definition of a supplier to factor in its willingness to sell in real time versus the customer’s willingness to pay in real time. This must become part of any organization’s next five-year plan. The quality that they themselves seek to deliver to their customers will be entirely dependent on the quality of the suppliers with whom they work. And just like in the taxi industry, there are always other, cheaper resources available. The question is, will they take your company where it wants to go?

This post is sponsored by KPMG LLP and The CIO Agenda.