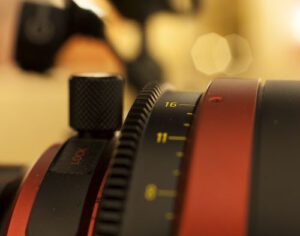 Video Meetings And The Face To Face Conundrum

The Face To Face Conundrum

Meetings have been a scourge on business productivity for many decades. British comedy genius John Cleese released a corporate training film back in 1976, entitled Meetings, Bloody Meetings, which not only became an instant classic, but spawned a sequel in 2012. The problems inherent in meetings are timeless and universal. And sadly, they take up way too much time. But things are changing.

A combination of factors now places the traditional meeting on the endangered species list. People no longer have the time or patience that they used to, and for the new generations of employees and managers who have grown up with sophisticated video gaming and unconstrained access to online resources, a tedious one-hour or longer meeting often fails to prove its worth. When that happens at the outset, engagement is sure to evaporate.

We have moved well past the era in which the only way to share ideas with a group of people was to corral them in the same room. Numerous options now exist from the good-old teleconference, to multi-screen video chat, through to virtual meetings using VR tools; but this leads to a conundrum: how important is physical presence to the efficacy of a meeting?

Many of us have participated in tele-meetings where Internet-based video conferencing– was available, but in which the participants still chose not to use the video component, opting solely for voice. For small meetings, this might be due to shyness or vanity – we don’t always look the way we want to, especially when working from home. There is also something decidedly disturbing about the “downwards glare,” where inexperienced video conference attendees look at the onscreen images of the other participants, rather than looking into their own camera. This creates an immediate sense of disconnection between people and points to the importance of eye-to-eye contact during discussion.

In multiple participant teleconferences, additional frustration comes about through the lack of body language cues, especially in regard to the rhythm of an actual conversation. We use facial or body gestures to signify comprehension of a point, as well as to signal our desire to speak. Such subtleties are lost when the visual component is missing or inadequate.

This does not mean that virtual meetings should not happen – they should. In fact, they should happen more often, since they save enormous amounts of time and money, and can actually be more productive than their analog counterparts, in most cases. What is critical is that the chairperson of a virtual meeting delivers and enforces an updated set of rules that ensure optimum behavior and synergy.

Firstly, if a company has access to a high-end video telepresence setup – using good video cameras and a bank of screens showing the other participants, then book this well ahead of time. These types of premium virtual meeting rooms are generally available in large organizations with numerous offices locations. They are not available to everyone, but they are worth it, since they offer the chance to see other people as if they were sitting across the table from you, and the 3D sound and video quality is generally superb. When these are not available, a phone or VOIP teleconference can do just as well, but the rules must be adjusted accordingly.

Go for “visual” whenever possible. Humans place greater trust in people when they can see who they are dealing with. They can also read body language cues, and frame the dynamic of the conversation accordingly. Instruct participants to spend a few minutes preparing, prior to the call. This doesn’t mean calling the stylists and makeup artists in, is simply means just allowing adequate light and establishing a desired visual look.

If video is not possible or not desired, then ensure photos are available. This could be as easy as inserting participant’s pictures on the meeting agenda (sent by email or posted in a meeting space.) A photo is a more controlled version of a person’s image, and although it does not allow for visual cues, it still flavors the dynamic of the conversation in a more human way.

Set up a system for side chats. It is very disturbing when people need to make a side comment while another person is speaking. Whispering is impossible on a conference call, but texting is easy. Whether this is done through an onscreen conference hub, or just texting to each other’s phones, this is an essential component of meeting dynamics that reduces interruptions while boosting synergy. It can also be used as a way of “raising your hand to speak,” by texting the chairperson from miles away.

There will always be some occasions which necessitate pulling people physically into a room for a meeting, but these are becoming fewer and fewer. The technology exists to bridge the obstacles put up by distance, time and money, but what is needed now is a revised mindset, that focuses pro-actively on the dynamics of human communication, and curates the available technologies to achieve the meeting’s intended goal. This way, Mr. Cleese will not have to make another sequel in 2018.

For more on this topic, go to businessvalueexchange.com, sponsored by Hewlett Packard Enterprise.