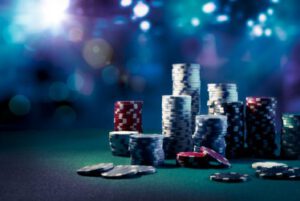 Stacking The Deck Or Leveling The Playing Field?

In recent reports,  Nevada’s casino industry lost $662 million last year, and has been in the red consistently for six years. That is sobering reality that is perhaps attributed to a number of residual effects or perhaps something more ominous awaits the gaming industry. What we do know is that Big Data will play a huge part in the equation for both player and gaming businesses.

“Without the data, you’re just another person with an opinion.”

That’s a quote from management guru W.Edwards Deming that jumps out at you when you first sign up on Betegy.com, a website that claims confidently it can “successfully predict the outcomes of 90% of all English Premier League matches.”

That kind of promise is just one example of how radically big data is changing the gambling industry, which will come as no surprise to most people whether they are gamblers or not. In an industry where information is power and where crunching numbers and odds is embedded in its DNA, big data has emerged as an indispensable tool for bookies, gambling houses and even the players themselves. In the case of Betegy and its focus on the English Premier League Football, it uses “a complex algorithm that considers every possible factor that might affect the game, from the coach’s birthday to the weather on the big data”, according to tech blog Silicon Angle.

The first use of big data came from the people whose income is dependent on setting the correct odds across all forms of gambling – the bookmakers. “Getting as much information as possible is a crucial aspect of the business,” explains business media company Innovation Enterprise, “so the moment new techniques designed to analyze and transmit that data cropped up, adopting it was a simple decision to make.”

Once the bookies pounced on big data, gamblers were not about to be left behind and a number of services appeared to empower gamblers. One of the best known services for players is SharkScope – the world’s largest database of poker tournament results. It’s an independent site that collates the publicly available results of poker tournaments around the world. They don’t claim to be able to make you a better poker player, but ‘the idea is that players can use SharkScope to track their poker stats and improve their gameplay whilst avoiding the ‘sharks’ who’ll quickly eat up their cash.’

Of course, these statistics need to be available in real time during tournaments, so SiliconAngle explains that “by using TokuDB, Sharkscope’s MySQL database is now capable of ingesting data from over a million games every day, spewing out insights for a diverse set of requests in something that’s about as close to real-time as it’s possible to get – just under two seconds, according to TokuDB.”

That’s a powerful tool to have when you’re constantly evaluating your winning edge.

Sports is another arena where big data is playing a crucial role in understanding which teams, horses or individuals are likely to prevail in any given sporting encounter.

It was widely reported during the 2014 World Cup that Google was able to predict the winner of 14 out of 16 matches and Microsoft, 15 of 16 matches, by using big data. The movie Moneyball was another great example of the transformative effect that Big Data has had on all aspects of the sporting industry, not just gambling, but also for the coaching staff and the people who pick the players who play in the big leagues.

There are those who will claim that this use of big data goes against the spirit of gambling and unfairly influences the outcomes. But since gambling first began, opponents have always used whatever tools are available to increase their chances of winning. Big data is no different – it’s just a modern tool that uses the daunting power of cloud computing and the web to give opponents information that they will choose to interpret in any number of ways.