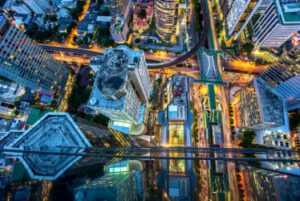 I have written two recent posts here on CloudTweaks about drones. The first, ‘The Pizza Delivery Drone’, was a somewhat comical look at what possibly is to come with future drones. The second was a look at the more immediately possible concept of a modular drone.  Modular drones are capable of supporting a large number of Cyber Physical Systems (CPSs) attached to the drone itself. These would include cameras, which are already prevalent in drone applications today, and also sonar devices and 3D laser mapping cameras, as well as any number of CPS devices such as thermal imaging, infrared and other technologies.

Since I wrote those two articles, a number of things have happened: A drone violated the airspace over a US airport and nearly caused a passenger plane to crash. Another drone crashed while illegally hovering over the courts at the US Tennis Open in New York City. Finally, a video clip of a drone carrying and firing a semi-automatic pistol went viral across the internet.

As I thought about the drone at the US Open in particular, I started wondering. Based on the concepts I had previously talked about, when will we see marketing drones? Essentially working like the old cartoon of the person walking along with their own personal dark cloud hanging over, with rain only falling upon them. Except with a personal advertising drone, the device would be displaying things that you could buy or that you needed. In the end, though, that kind of application doesn’t make a lot of sense. Drones have limited air time, why waste it chasing someone and advertising to them?

The impact of drones will be tremendous over time. There are a few great examples of things we can already do today using drones that would have an immense and immediate impact. The first would be using 3D laser mapping capabilities mounted on a drone to continuously monitor the condition of roads. A new pothole would appear as an abnormality in the 3D laser-mapped image. A laser map would show the road’s surface as it is right now, and this image could be overlaid upon an existing map and repair trucks could be dispatched quickly and effectively. You could also use dispatch software to have the repair crews move from pothole to pothole in a structured manner (less travel, more patching). This would allow city, county, state or federal roads to be repaired quickly and kept pothole free. One pothole can quickly generate significant cost, lost time (as you sit by the side of the road with a completely flat tire), the cost of the repair itself, and, finally, the impact on traffic flow as cars grind to a stop or try to avoid the pothole and hit another car. Using drones equipped with 3D laser mapping would really help in the world of potholes.

So I started thinking about what else drones would be really effective at doing. 3D scanning of larger objects came to mind. You could use a drone equipped with a 3D scanner to scan large statues and other large works of art, for both educational and conservation purposes.  Drones could be used as temporary traffic cameras, with drivers never knowing where they would pop up. Again, the overall setup cost of the system is higher, but the reduction in collisions and accidents would potentially balance out that initial cost.

There are interesting tools available for realtors to create VR images of a home they are selling. But a drone flying over the property would also be interesting. Solar companies could use drones to give homeowners before-and-after pictures of solar installations. Insurance Companies could do preemptive neighborhood roof checks. 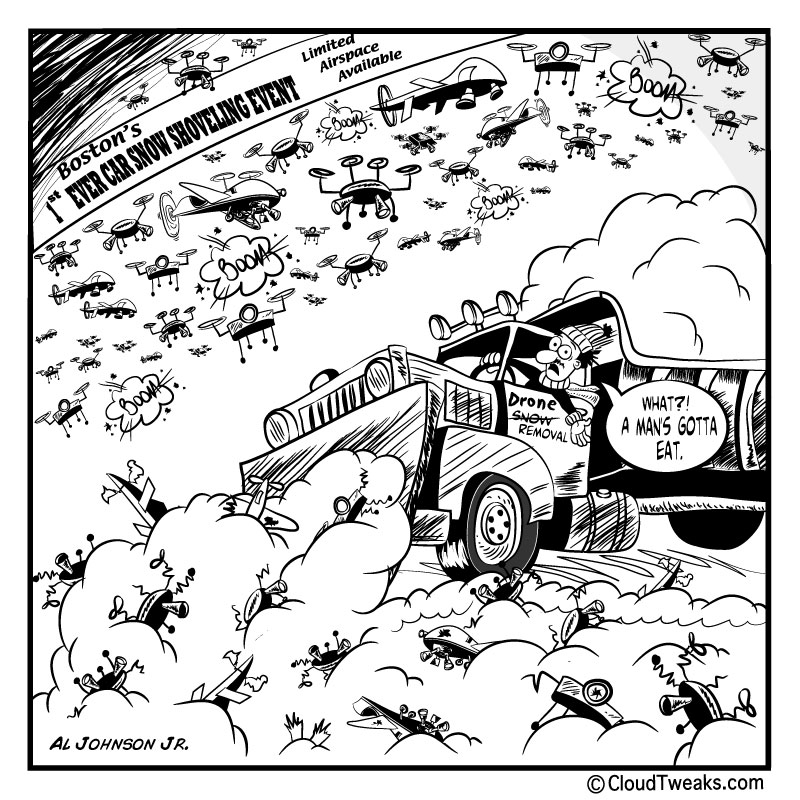 After hail and for example the Boston 2015 snow storm, drones could be flown over a neighborhood in order to notify homeowners of any damage before unscrupulous contractors wander through the neighborhood and create a larger number of claims than are really necessary.

All of these are things could be done with aerial drones. There is an entire world yet to be seen. Don’t forget, there are underwater and land based drones, too. Sonar imaging gives you a picture of the lie of a landscape. Sending down a video system attached to an underwater drone allows you to see what is actually going on underwater, in lakes, ponds and at sea. Police and Fire Departments use drones today to scout burning buildings and to remotely disable explosive devices. All of these things prove more and more invaluable as the use of drones expands from specialized markets into broader commercial markets.

The number of things drones could do to improve the world around us is almost infinite. Using an aerial drone with a thermal imaging camera can help you find the mole in your backyard and remove it before your dog digs up the entire backyard. Not that I am advocating you kill the mole, rather that you pull the mole out of your yard and relocate it! A drone could quickly lift your automated gutter cleaning system from one section of your roof to another. Fire departments could fly a thermal imaging drone over a roof before they go up on to it, in order to identify the hot spots where the roof might be weak. Fishermen could connect a fishing line to a drone with sonar attached, and then remotely release the line when they find a shoal of fish using the sonar device and a remote monitor.

I have to go now. There is a drone on my front porch saying I owe for a pizza. I’m not sure I even ordered one!