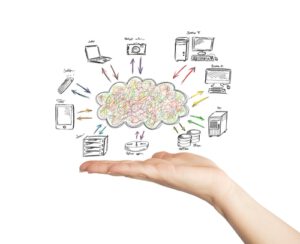 Failure To Invest In Online Backup Could Be The Worst Decision

Failure to Invest In Online Backup

Success in business is a combination of many things – the right staff, the right budgeting plan, the right company culture – but also the right IT set-up.

Sadly, lots of small-medium businesses (SMBs) overlook the latter. Sure, they’ll invest in the basics, but they fail to look at the bigger picture. With so much of the business world now reliant on IT for all aspects of its operation, this could be fatal.

What is Online Backup?

In simple terms, online backup is the process of making copies of your hard drive’s data on an offsite remote server.

Typically, third-party providers are used, thus removing the need for businesses to invest in their own hardware and infrastructure. Cheap bandwidth and the decreased cost of storage means cloud-based solutions will now allow even the smallest businesses to safely secure their data without fear of loss.

Why are Offsite Backups Important?

The biggest advantage of using online backups is that your data is stored offsite.

When data is backed up onsite, whether on separate servers or on DVDs and other associated media, there is always the chance of a catastrophic loss. That could be theft, fire, or countless other causes.

Often, the backup provider will have multiple server locations, thus creating several copies of your data. That way, even if one of their locations experiences issues, your data is still safe.

What’s the Worst that Could Happen?

Sadly, too many IT Directors in SMBs have the “it won’t happen to us” mentality. Nothing could be further from the truth.

We typically think of fire, flooding, and other force majeures when we consider physical damage. Of course, these are all risks that need to be fully considered, no matter how rare or unlikely.

It is arguably more important, however, to consider the risks of accidents around the office. Incidents like coffee being thrown over a laptop’s keyboard, computers knocked off desks by clumsy cleaners, and laptop bags dropped down flights of stairs all can and do happen.

How old is the equipment in the average office? Most experts agree that the maximum lifespan for any computer is only five years, but given the costs, time, and potential issues involved, most companies will delay upgrades for as long as possible.

Questions around legacy software and staff training need to be considered when upgrading – but the biggest risks of not upgrading are hard drive crashes.

Recent research suggests only 80 percent of traditional disc-based hard drives (HDDs) will see their fourth birthday, while the newer solid state drives have a limited number of reads and writes.

Recovering data from a “dead” hard drive is a non-exact science and is not guaranteed to work, so if your office is running old computers without backups, now is the time to start getting very worried.

There are two sources of theft to worry about. Of course, there are the typical smash-and-grab raids that are all too common in big cities and unsecured premises, but you also need to consider opportunistic theft.

It can occur when a person leaves their laptop unattended in a café or accidentally leaves it on public transport. This is more common than in might seem – for example, in 2008 an employee of the UK Government inadvertently left a laptop containing the latest top-secret terror intelligence on al-Qaeda on a train.

Viruses and Malware are a big part of the ever-growing cybercrime problem.

The Center for Strategic and International Studies estimated the annual cost of cybercrime to be more than $445 billion in 2014, while U.S. President Barack Obama put the figure closer to $1 trillion in a 2009 speech.

Whatever the figure, pretending that your SMB’s data cannot be reached is naive.

For example, ransomware programs like CryptoLocker can encrypt files stored on local drives using an RSA public key, with the private key kept on the malware’s control servers. The victim is given a payment deadline, and if money is not received in time, the private key is deleted. Experts agree that, although the virus itself can be easily removed, the file encryption is almost impossible to break.

Don’t be held to ransom by only having one copy of your business-critical data.

A company’s staff provides IT Directors with two main headaches. Firstly, incompetence, and secondly, deliberate actions. Both are almost impossible to plan for without backups.

Incompetence and error can see vital files deleted in a flash. No doubt we’ve all accidently deleted the wrong file at some point in our lives – now imagine deleting several months of work without realizing. Without backups it will unquestionably cost your SMB both customers and cash.

Rogue employees are just as bad. Indeed, a poll at the Infosecurity Europe Conference in 2014 found that 37 percent of companies thought the biggest threat to information security was rogue employees; higher than cyber-attacks (19 percent) and “bring your own device” (15 percent).

In short, the solution to all these threats is frequent online backup, and one of the best companies to choose for managing your backups is IDrive.

They provide SMBs with “secure data protection for all of [its] business computers, servers, Exchange, SQL, NAS and mobile devices,” and offer a whole host of standout features, as well as extremely competitive price plans.

What’s preventing you from investing in an online backup solution right now? Can you afford not to have a plan in place? Let us know your thoughts and feedback in the comments section below.

This post is brought to you by IDrive Inc.