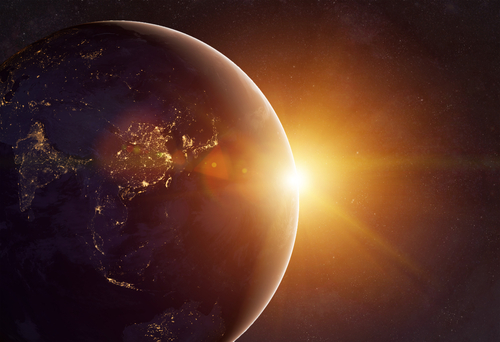 Both Big Data and the Internet of Things arm us with a near infinite source of data thanks to Internet-connected sensors and data analysis tools, and energy efficiency is a field that’s starting to reap the rewards. Says Jeff Immelt, CEO of General Electric, “The combination of software and machines, from airplane engines to power plants to wind turbines, has laid the foundation for a new wave of innovation – and the economic and environmental impact of industry and software cannot be understated.”

As the global industrial sector incorporates Big Data and the Internet of Things, so arises the Industrial Internet, with a projected $15 trillion increase in global GDP in the next 20 years thanks to optimized performance, increased productivity, and considerable savings in fuel and energy. A mere 1% decrease in the combined operating expenditures of 2014’s top 40 miners could have resulted in savings of $5.3 billion, making it clear that improved efficiency offers the potential for significant profit escalation.

Industry leaders recognize that connecting hardware with predictive analytics through sensors leads to valuable insight and optimization, and the use of heavy-duty machinery is developing with these innovations. Airlines are saving millions by avoiding downtime and delays thanks to warnings of potential engine failure; real-time reporting of engine temperatures, fuel efficiencies, speed, and vibration patterns are available to engineers; and mill assets and process information can be consolidated in one common platform, creating an overall picture for better throughput, recoveries, and quality. Predictive analytics further benefits industrial organizations not only through energy cost savings but with increased productivity and reduced maintenance costs.

Google has been carbon neutral since 2007, buying carbon credits for any emissions made, and the organization claims to be more than a third of the way to being 100% renewable. Microsoft, committed to being carbon neutral since 2013, has implemented an internal carbon fee, reducing emissions of carbon dioxide equivalents by 7.5 million metric tons since 2012, and investing 10.2 billion kilowatt-hours in renewable energy. Writes senior director of environmental sustainability at Microsoft, TJ DiCaprio, “Our carbon fee represents a proactive step to make our business groups accountable for their carbon emissions while creating a fund to support efficiency and innovation.” In Austria, Sony’s CD manufacturing site uses 100% renewable energy, and Sony plans to have a zero environmental footprint by 2050, and by 2020, Ikea intends to be powered entirely by renewable energy while Walmart is committed to buying or producing 7 billion KwH of renewable energy.

Going green isn’t a strategy only big business is opting for; smaller organizations can employ their flexibility to integrate renewable energy by fixing operational inefficiencies to reduce energy bills, improving building infrastructure with green tech, implementing renewable energy tech such as wind turbines and solar panels, and utilizing organic materials for power generation. As global energy needs increase, every venture into renewable energy and energy efficiency benefits both the environment as well as the organization’s potential revenues.