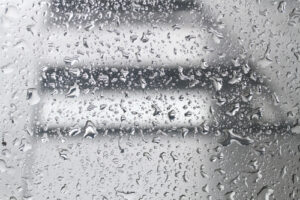 How Data Is Driving Transparency In The Channel

Cloud technology and global data have opened up a world of opportunity for manufacturers who sell into retail (B2C) and industrial (B2B) channels. These organizations can attribute much of their success to their channel partners – distributors and resellers – who help move the goods from the manufacturing plant to the shelves of online and physical stores and on to end customers. This behind-the-scenes community bases its own financial health on the efficient management of data regarding items shipped, inventories available, commission structures, and much more. 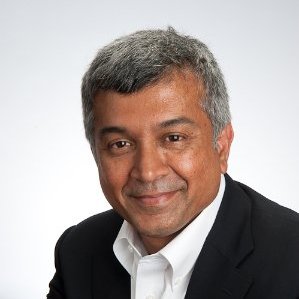 In recent years, the degree of transparency that guides the channel data management process has gone from a cottage industry to an industrial-grade movement, and this has benefits for all involved, says Chandran Sankaran, CEO of Zyme, developer of cloud-based Channel Data Management (CDM) solutions for global manufacturers. Zyme has a market share of approximately 70% among those manufacturers that have implemented a commercial CDM solution.

Sankaran points out that up until very recently, channel data management existed only as pockets of localized activity. “Some individual manufacturers would insist that their distribution networks deliver highly granular data back to them, and there have also been highly specific relationships between certain distributors and their value-added resellers (VARs),” he says, “but in most instances these remained as one-to-one transactions – isolated events.”

However, the consolidation of economies and technologies worldwide – largely due to the Internet and the sophistication of ecommerce – has given rise to a substantial increase in the compliance rate of Tier 1 distributors and retailers. Over 99 percent of these largest and best-known players now report data back to the manufacturers. “This denotes a substantial increase from the 25 percent of eight years ago,” Sankaran states.

Sankaran believes that the increase in reporting back to manufacturers is not only significant in its number, but also in its universality. It does not pertain to one geographic group, such as North American distributors, but is consistent all around the world, revealing that companies everywhere care about global visibility.

The incentives for this change point towards an industry-driven demand for greater clarity and accountability, led by discipline around channel stuffing and revenue recognition. With data becoming so ubiquitous and accessible, transparency and improvement have become a vital part of the business.

The demand for improved data also applies to Tier 2 level distributors, solution providers, VARs, and resellers. One of the requirements has to do with end customer visibility. Figuring out who the end customers are has always been a must-have item. The challenge stems from the fact there is now more than one route that the goods can take. Distributors often ship products directly to end customers, bypassing solution providers. Manufacturers need to understand where and how they can obtain end-customer visibility, and this might be right from the distributor’s data. Many manufacturers have enhanced their data-collection imperative by tweaking their incentive programs, withholding payment until they see full transparency and visibility at the Tier 2 level.

A new development in the quest to identify the location of the end customer comes from the proliferation of smart devices and the expansion of the Internet of Things (IoT). Sankaran believes these will contribute significantly by tracking the activation of devices at the customer location, even when the identity of the delivery channel is not apparent. The act of using this end information to identify the route to market is a focal point of Zyme’s activities.

Channel partners have little choice but to participate in this new transparency model, firstly because their revenues come from the manufacturers. In essence, their money is becoming tied to transparency and visibility. Those who comply fully start to receive more of the back-end benefits and rebates, along with related programs. In other words, the greater the transparency, the easier it becomes for manufacturers to make the payout since they can see that the transaction happened. Secondly, transparency is becoming a default feature of distribution and reseller contracts, thus making it a fait accompli.

Transparency of channel data and improved information flow do not only benefit the manufacturers, however. There are at least three ways in which they help channel partners:

Industries and markets are changing all over the world, and they echo the same familiar refrain: data is king.

“By leveraging new technologies to establish a platform for improved data management and transparency,” Sankaran says, “we anticipate that all players along the supply chain will continue to benefit in significant ways.”