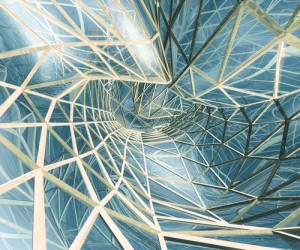 According to Jill Klein, Sirius Computer Solutions consultant, the Internet of Things (IoT) “is no longer hype,” and she believes mining big data and driving vertical market solutions is the key to IoT sales growth. Says Klein, “With the growth of big data, so much data is derived from the sensors of an IoT solution, and customers aren’t sure what data you keep versus analyze, and how quickly you need data.” Many industry players have entered the IoT fray and are making it easier for organizations to participate in and contribute to the IoT arena.

IBM’s introduction of their new open source development tool, Quarks, promises to help both programmers and manufacturers develop apps based on IoT sensor data. Based on the IBM Streams product, Quarks has been designed specifically to provide an open source app building tool that allows programmers and manufacturers to exploit live data coming from connected devices simply and efficiently. While these applications facilitate real-time communication between devices and operators, the information can also potentially be used for broad-scale comparison across similar devices. Though still in the early stages, IBM hopes to build a user community around Quarks with the aspiration to see the development tool become a standard for developing IoT apps. In efforts to support this goal, IBM has approached the Apache Foundation proposing Quarks be an incubation project.

In moves to mainstream IoT, Aaeon has launched a new Linux-enabled, Quark-based IoT gateway design that endeavors to smooth the setup of IoT installations. With three configurations offered, one for indoor commercial applications, another for indoor industrial applications, and a final for harsher outdoor environments, Aaeon’s gateways are intended to “eliminate the distance” confronted when discussing IoT. Fitted with a variety of I/O, users are able to connect an assortment of instruments.

Intel’s low-power Quark processors and microcontrollers for IoT devices, when combined with cloud services from their Wind River subsidiary, help organizations connect devices and upload data for analysis. Says CEO Brian Krzanich, “There’s a need for a suite of connected products and services that are aware of each other and their surroundings.” The complete product package includes two Wind River operating systems, Rocket and Pulsar Linux, as well as cloud services, and it’s been suggested that developers can begin building apps within ten minutes of initiating these new products. Developers can prototype IoT devices and software models, and prepare their products for final deployment.

Eurotech CEO, Larry Wall, notes that 2015 saw many businesses focusing on the connection of embedded devices, and he hopes this will drive fresh IoT solutions and innovations in 2016. With Gartner’s prediction that 2020 will boast 21 billion connected devices, and the IDCs forecast of IoT spending reaching $1.7 trillion by that year, it’s no wonder the tech industry is refocusing and progressing IoT efforts.