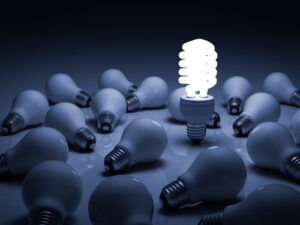 The Future IoT and Energy Collaborations

The Internet of Things (IoT) was a key topic at this year’s Cleantech Forum, which took place in San Francisco at the end of January, and it seems both entrepreneurs and investors are confident the sector has a bright and profitable future. Hand in hand with the keenly pursued energy storage discussions, Green Charge Networks’ CEO Vic Shao predicts, “2016 will be the year of deployment for storage.” The potential for IoT solutions to be utilized in the energy environment is creating new opportunities, encouraging efficiencies, boosting productivity, and promoting economic growth.

Joe Costello, CEO of Enlighted, which won North American Company of the Year and was named in the 2015 Global Cleantech 100, suggests IoT provides innovative business tools along with cost reduction and environmental benefits. Says Costello, “Our clients who use the sensor technology save 50 to 75% of their energy costs,” though he notes that the high capital costs associated with implementing sensor technology have stalled growth. “This type of technology does require a large amount of capital. Small companies would require around $10 million, and large companies $100 million to implement our system.”

Markets both Large and Small

The benefits of IoT crosses from small organizations to large, and IBM is one of the larger companies making IoT a priority for their business. “IoT is a major priority for IBM and is one of the new businesses that we have created as the company continues to innovate. IoT holds out the promise of more granular monitoring and optimization of process performance in just about any context – therefore, it will become integral to resource efficiency as one aspect of performance,” says Peter Williams, CTO of Big Green Innovations, IBM. And IBM isn’t only employing IoT in its business activities but is also utilizing the technology to improve the operations within its buildings, data centers, and manufacturing processes.

In less advanced tech economies such as Africa, the benefits of IoT are perhaps even greater, i.e. enabling the use of mobile power. M-KOPA Solar uses IoT for performance management and solar system metering and has connected over 300,000 East African homes to solar power. Says CEO Jesse Moore, “What’s exciting and perhaps unexpected is the fact that IoT is enabling low-income, off-grid customers to leapfrog straight to solar power.” Additional IoT benefits in this field include data collection and analysis, translated into improved customer service. States Moore, “Data coming back from our solar systems tells us when a customer’s rooftop panel is in the shade, so we can advise them to move it to a better location. To be able to remotely support customers in remote and rural parts of East Africa is a magical thing!”

With the bright prospects of the sector, we’re likely to see innovations and evolutions happening at a rapid pace. ARM Holdings, a major player in the IoT industry with estimated shipping of over 60 billion chips incorporating its cores, has just released a new, tiny core for IoT and Wearables.

Furthermore, day 1 of the Mobile World Congress 2016 has proved to be about more than mobile phones, with Epson Moverio Smart Glasses offering augmented reality features and the ability to control drones, and Iofit smart shoes featuring built-in pressure sensors that could improve your golfing skills or make you a better weightlifter.