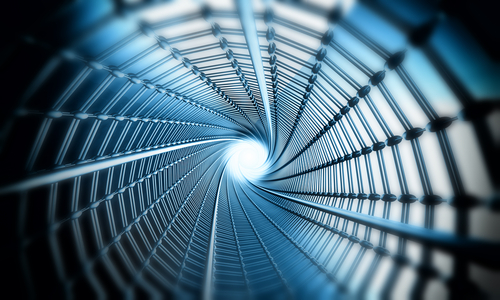 The Internet of Things (IoT) took a major step closer to becoming the dominant reality of our times today with the news that software giant Cisco would be acquiring a startup called Jasper Technologies Inc for a jaw-dropping US$1.4-billion in cash and equities. It’s the latest high-profile acquisition in a power struggle for dominance as the internet of things moves from vision to reality.

Jasper’s primary business is to connect cars and medical devices to the internet, and it lines up neatly with Cisco’s vision of its future which revolves around data analytics software and cloud-based tools. The deal should also be seen in the context of Cisco’s recent prediction that the Internet of Things will generate US$8-trillion over the next 10 years.

Established IT companies and multi-nationals all over the globe appear eager to be part of a movement which, according to research firm Gartner, will see over 20 billion devices connected to the net in the next five years, and dramatically alter the way we function in a connected world. Over US$14-billion was spent in 2014 on more than 60 acquisitions and mergers which can be directly attributed to IoT.

In 2015, IBM announced it would be investing US$3 –billion in a new unit called the IoT Foundation and that it was committed to developing “a cloud-based open platform designed to help clients and ecosystem partners build IoT solutions.”

Not only does Jasper connect devices to the internet, but it has also developed an effective software platform that monitors devices once they have been connected online. Cisco’s VP of corporate development Rob Salvagno explains, “We’ve been keeping an eye on this market and what we noticed was that Jasper represented a unique asset. We believe they are the largest Internet of Things service platform of scale today,” he said.

The flurry of acquisitions in the last year or two and the growing price tags attached, underline the belief that the Internet of Things is the next big thing and that it will rapidly turn from a ‘nice-to-have’ function of homes, cars, and appliances to a ‘must-have.’

According to research firm 451 Research, many of the large online players involved in these deals were jostling for position and to stake out an early claim to this breaking wave of innovation. “The sharp rise in deal-making activity in 2014 suggests that market forces surrounding IoT have become sufficiently compelling to demand action,” says the report.

Corporations such as Home Depot, Walmart, Capital One and Aetna have all been purchasing startups, in order to acquire the talent and the infrastructure to compete in a changing, connected world.

Jasper is the latest, and the biggest, deal we have seen for some time, but it certainly won’t be the last.