Will GPS and The IoT Enable A New Level Of Mass-surveillance?

There’s a dark cloud hanging over the cloud. Recently, US security chief James Clapper blithely revealed that the government “could” use the Internet of Things for civilian surveillance.

Given the heightened alarm caused by domestic terrorism, I take it the word ‘will’ is more applicable than ‘could’ in this case. If the FBI is capable of making the ‘chilling’ request that Apple build a backdoor into the iPhone, it’s capable of requesting the same of the IoT. Tim Cook makes a fine point when he says bad actors would find means of encrypting iOS to circumvent the backdoor. This mirrors a point I will make about surveillance and the IoT. 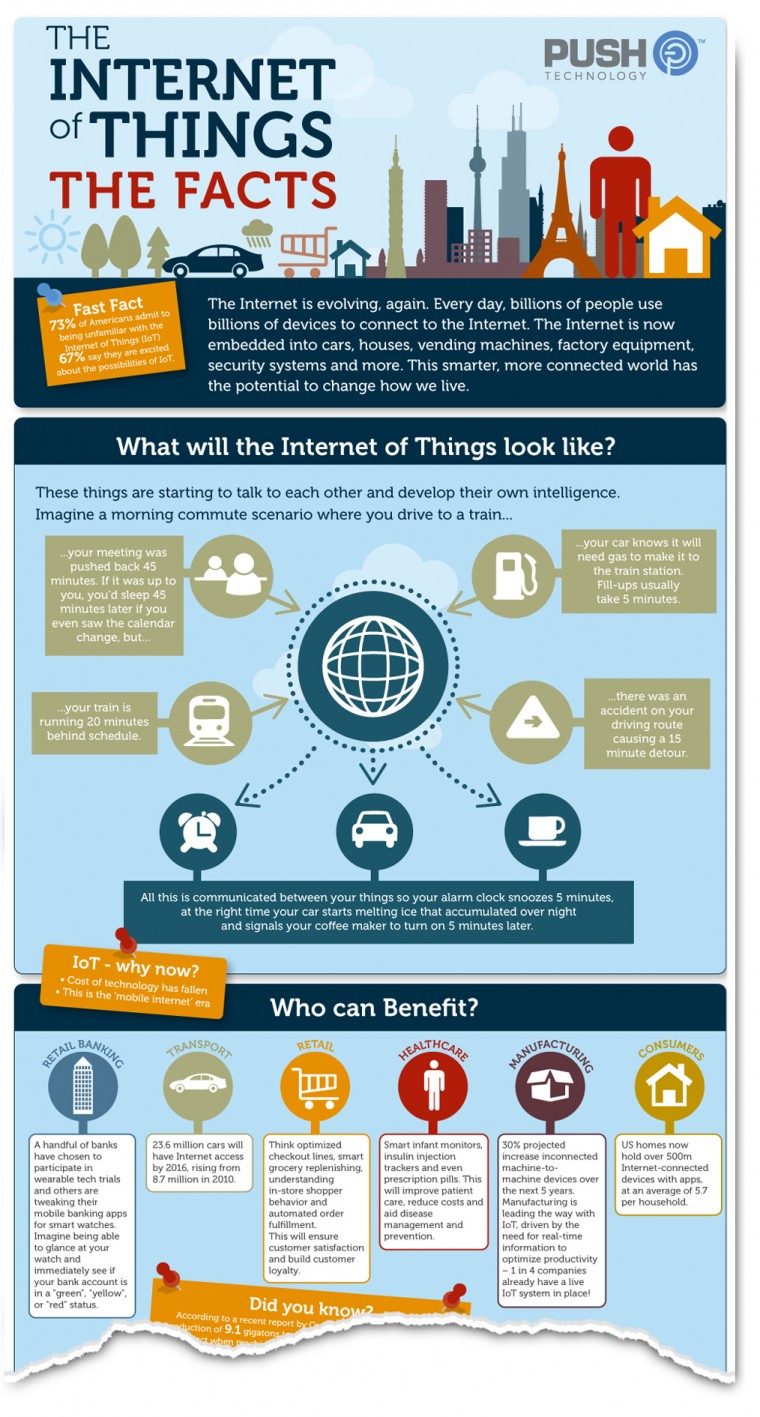 But first, how did we get here? Are the IoT and the cloud on which we store data a Trojan horse, a way of sneaking constant Government surveillance into our lives?

In terms of the IoT, I’d like to argue it all began with a technology we sometimes take for granted: GPS. The US government started the Global Positioning System project in 1973. It has enabled a variety of innovations that are precursors to the IoT. In turn, the IoT may enable a whole new level of government surveillance.

GPS is essentially a web of 32 satellites that collect geographic and chronological data, transmitting it via radio waves to antennae, monitors, and receivers on the ground.

The Control Segment sends signals to the User Segment, which consists of hundreds of thousands of receivers in the hands of military, scientific, commercial, and civil personnel worldwide.

Finally, the civilian segment employs the accurate locational and chronological data for everything from astronomy to automotive navigation.

Before 1996, any sort of private sector GPS-related business involved contracting with the military. Then, Bill Clinton made the network available to civilians. But the signal wasn’t very reliable until 2000, when Clinton discontinued ‘selective availability’, which scrambles the signal.

The government originally had selective availability in place for security reasons. After Clinton cut it, Geocaching, invented by a GPS enthusiast named Dave Ulmer, helped popularize GPS with consumers. The combination of metal detecting and Geocaching is an early example of the technological synthesis that characterizes the IoT.

Google debuted its free navigation system for Android in 2009. By then, stand-alone GPS from the likes of Garmin and TomTom had lost out to apps. These brands then began to market premium navigation apps for iOS and Android. Meanwhile, brands were discovering they could mine user location data, paying apps for the wealth of data accumulating on the cloud.

Some auto manufacturers also began incorporating onboard GPS, and the possibility of the autonomous car, one of the harbingers of the IoT, started to look real. Gig startups such as Uber and Lyft developed apps that depend to a great extent on GPS. Automated tractors from brands such as John Deere, Case IH, and New Holland have been mobile since 2008.

In Finland, Volvo is using GPS to warn drivers about the location of herds of elk. The warning system incorporates GPS tracking, animal-vehicle collision statistics, and analysis of wildlife movement patterns. If and when the roads become smart roads, as would be the case with the IoT, sensors in the road and other locations could relay data about elk to the cloud, where it would then be analyzed in combination with GPS data to provide an alert to the driver—or to the autonomous vehicle.

Geolocation apps such as Foursquare, Gowalla, and Brightkite are bringing A-GPS (Assisted GPS, which uses cell-sites and, sometimes, Wi-Fi networks to triangulate with satellites for greater accuracy) into the social realm. These apps incorporate location check-ins, social networking, events, and games in an effort to make GPS fun.

GPS, the IoT and government surveillance

Each smartphone, and any smart device, has a GPS chip in it. In my opinion, GPS is the baseline enabling technology for the IoT. Because of it, we realized we could track objects with radio waves—thus RFID. Other specialized sensors, such as optical tags and quick response codes, only need to be added to provide qualitative information. And of course Wi-Fi is in the mix.

If the FBI succeeds in using the All Writs Act of 1789 to break Apple’s encryption, it will set a precedent for the IoT as a massive surveillance tool. Since the IoT is essentially a network of GPS-enabled smart objects, the FBI will know exactly where we are at all times. Information we store on the cloud would be fair game, too.

The FBI’s argument is that they want to hack smartphones to catch the bad guys. Why do we have to be so concerned about our privacy when this would go towards deterring crime?

The principle of privacy, that’s why. And criminals will be aware of government surveillance. Terrorists will know that to remain undetected they’ll need to remain off the smart network or implement additional encryption. As we’re seeing with groups such as Isis, they’re technologically savvy. They would only need to train and hire good hackers.

We’re now witnessing an era when the private sector innovations with GPS, the cloud, and IoT may become tools for government use. It all hangs in the balance as the IoT advances.