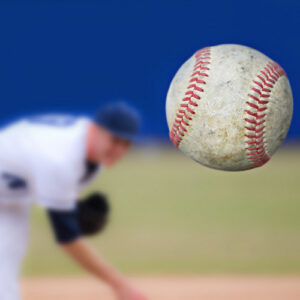 Announced in November of 2014, Amazon Lambda has gone from a developer buzzword to a heavyweight in the persistently innovative cloud computing industry. Used by organizations like Major League Baseball and live-streaming service Periscope, Lambda is all about creating efficiency, focusing your cloud computing efforts, and reducing dependence on consistent processes that can bog down your application’s performance. But how has the Lambda service grown since its announcement in November of 2014? Where is it going in 2016 and beyond? Let’s take a look.

Amazon Lambda was revealed on November 13th, 2014 at Amazon’s re:Invent Press Conference. Originally received as just another weapon in the impressive arsenal of Amazon Web Services, Lambda grabbed headlines as a service that could push it beyond competitor offerings such as Microsoft Azure and Google Compute Engine. 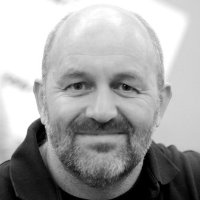 Described by Amazon Chief Technology Officer Werner Vogels as “an event-driven computing service for dynamic applications”, it essentially allows event-based communication between your app and the cloud without depending on a server to handle the heavy lifting. Amazon Lambda launched supporting only one programming language, limiting its user-base at first. In terms of pricing, Lambda also broke the traditional Amazon mould, charging instead by compute time and the number of requests. It did incorporate a free tier, allowing one million requests monthly and up to 3.2 million seconds of compute time per month depending on your application.

Amazon Lambda has grown significantly, both in perception and functionality, since its launch, growing from supporting just node.js to supporting both Java and Python. Some of the biggest names in cloud computing have yet to catch up to Amazon Lambda, making developers less inclined to move to competing services like Microsoft Azure and Google Compute Engine.

While Lambda has taken Amazon Web Services to new heights, it has done so while actually reducing costs for some developers. One specific case, cited in Business Insider, claimed that one developer had saved over 80% of their previous cloud computing costs using Amazon Lambda. This was done by replacing largely idle servers with Lambda code that spoke with their Amazon S3 databases, replacing persistent EC2 servers with a simple code request that would run on a designated schedule.

This includes computing running speeds, home run distances, pitch speeds and breaks, and the speed of fielders throws. Lambda is just part of a massive system that incorporates computing power, ball-tracking radar systems, and high tech setups at all 30 major league ball diamonds in the United States and Canada. Secondly, Periscope. Periscope is a live streaming application and platform that optimizes Amazon Lambda to scan, identify, and remove adult content from its platform automatically.

The Future Of Lambda

Amazon Lambda has the potential to become the crown jewel of Amazon Web Services. One key way is the addition of additional programming languages. While Amazon Lambda supports node.js, Java, and Python, it’s only when Lambda embraces remaining languages like C#, C++, and Ruby On Rails that it can begin to completely dominate the cloud computing realm. Of course, awareness is also key. In addition to AWS certification, developers need to grasp the potential of event-based computing.

Another area of focus for Amazon Lambda is a broadening of scope. As of right now there are some types of apps that are not optimized for Amazon Lambda. These include apps that incorporate large databases, and industries that require heightened security against downtime. While Amazon Lambda is reliable, its primary focus is on flexibility, efficiency, and quick compute times.

When it comes to developers and their individual projects, Amazon Lambda can be useful for applications of all sizes. Its event-based computing means you can create applications that are leaner and more efficient. The fact it piggybacks off Amazon’s robust and powerful Amazon Web Services means your application can benefit from hardware autonomy, nearly infinite scalability, and increased mobility in releasing new updates. Amazon Lambda may have grown up in the shadow of Amazon Web Services, but it has quickly emerged to become a go to tool for developers who depend on the cloud to power their applications.