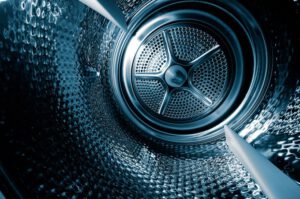 Bosch Gearing Up For The IoT Market

Germany’s Robert Bosch GmbH is challenging US tech rivals by launching its own cloud computing network that will use the internet to connect to just about anything, from dishwashers to cars. Using data acquired from their machines, Bosch hopes to transform themselves from industrial manufacturer to full-blown service provider and expects its engineering expertise will serve as an advantage in the Internet of Things (IoT) space.

On Wednesday, Bosch announced plans to build its own cloud in competition with Amazon, Google, IBM, Microsoft, and Salesforce that will be run out of a computing center in Germany near the company’s Stuttgart headquarters. Initially, it will be used only for in-house purposes with plans to run approximately 50 in-house applications, but it’s suggested that by 2017 the Bosch IoT cloud will offer services to external companies, too. While the cloud will help Bosch quicken efforts in the development of smart cars and smart homes, a chief lure may be data security for those weary of current US data server security conditions, addressing the fears some German companies have regarding sharing their data with US tech Silicon Valley corporations. Bosch Chief Executive Volkmar Denner does, however, maintain that he views Silicon Valley as a partner and believes the German industry can learn much from Silicon Valley’s speed and adaptability.

Denner is confident that the future of Bosch rests in the IoT market, and says, “The Bosch IoT cloud is the final piece of the puzzle that completes our software expertise.” Applications include sensors that help drivers find open parking spots, the tracking and measurement of product quality after leaving shop floors, and complete home systems that allow users to control appliances, lighting, heating, and smoke alarms from their smartphones or tablets. Going forward, Bosch will invest over $550 million annually in new technologies, including IoT.

Bosch has been backing a German public –private initiative called “Industrie 4.0,” which attempts to connect the Internet of Things with traditional industrial manufacturing and bring about a “fourth industrial revolution.” The IoT Suite platform is central to these efforts and puts the company in a strong position against other leading German industrial companies such as Siemens AG, which are digitizing and driving forward the Industrie 4.0 scheme. The US has its own similar endeavor known as the Industrial Internet Consortium (IIC), founded by companies including Cisco Systems and GE, and last year Bosch became the first foreign company to join the IIC, since attempting to bridge the German and US projects. With Gartner’s estimates that global sales in the public cloud market will exceed $200 billion this year, Bosch and its competitors hold the advantage.