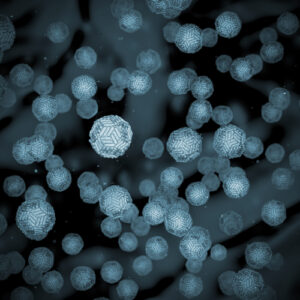 Disease Fighting With The Cloud

Google has just announced that it’s giving UNICEF a $1 million grant to raise awareness about Zika transmission, a virus spreading across South America and beyond that leaves 80% of those infected without any symptoms. First detected last year in Brazil, the virus has been linked to 4,863 suspected and confirmed cases of microcephaly, a disorder which causes birth defects typically presented by unusually small heads, and that can result in development problems. Because the disease is spread primarily by the mosquito Aedes aegypti, it’s proving a challenge to eliminate. Says Jacquelline Fuller, director of Google’s nonprofit branch, Google.org, “Fighting Zika requires raising awareness on how people can protect themselves, as well as supporting organizations who can help drive the development of rapid diagnostics and vaccines.” But Google doesn’t believe that raising awareness alone is enough, and so has also dedicated software engineering and data science resources to help analyze information regarding the virus’ outbreak.

Further supporting UNICEF’s efforts, Google’s contribution will include the development of a platform to process data from various sources, such as travel and weather patterns. The hope is that this will make it possible to map and visualize outbreaks and predict potential new outbreaks. Google’s volunteer team of engineers, designers, and data scientists are currently working at UNICEF, helping the organization with this current disease threat, but it’s anticipated that the initiative could be useful for future outbreaks of both Zika and other diseases.

Additionally, Google is featuring information about the Zika virus in attempts to make information more accessible through search functions in 16 different languages. Though their sidebar already provides a large amount of health data, Google’s latest update will now feature run-downs of Zika symptoms and causes, and public health alerts will frequently be updated with new information. Says Fuller, “As a company whose mission is helping people find information, with a lot of experience in analyzing large sets of data, we’re in a good position to help—at scale and at speed.”

Mapping tools could prove essential to the global fight against disease, and various organizations are taking advantage of cloud computing tools and big data analytics to support humanitarian efforts. The Google Earth Engine provides the map of the world whereon global prediction platforms can be built, and the rapid spread of mobile allows access to valuable data in remote and difficult-to-reach locations. By studying the relationships between disease occurrence and influencers such as vegetation, rainfall, and other relevant environmental conditions, health workers, and scientists are able to study what drives transmission and determine how best to contain and eliminate diseases. Online mapping tools already exist to help fight diseases such as malaria and Ebola, as well as inform the general public of spread, but as more and more of the tech giants get involved in these efforts, the apparatus are becoming more sophisticated and valuable.