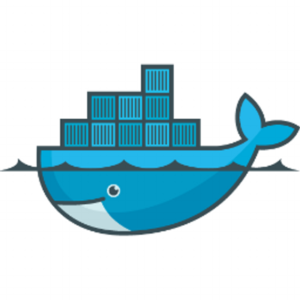 Containers as a Service – The Ins and Outs

Containers as a Service

Falling somewhere in between Infrastructure as a Service (IaaS) and Platform as a Service (PaaS), Containers as a Service is typically positioned as a subset of IaaS, and some industry specialists believe it signals the end of Software as a Service (SaaS). One drawback of SaaS is the contracts negotiated early on which are predictably multi-year and user count based, oftentimes negating the ‘pay as you use’ benefit of SaaS. Further muddying the finance waters, SaaS expenses are accounted as operating expenses, affecting EBITDA, while on-premise software is considered a capital expense. Another difficulty enterprises are facing with SaaS is that they often find themselves with restricted access to their own data as vendors meter access based on user counts and API purchases, forcing companies to pay for scaled access to their data.

The new generation of Docker-powered containers are easy to learn, and with the ability to separate an application, microservices, and their configuration from the principal Linux operating system, Docker containers are very appealing. Three of the major could providers, Amazon, Google, and Microsoft provide Constrainers as a Service allowing any Docker container to run on their platforms, and Docker Inc. recently released Docker Datacenter, a subscription-based platform and support service enabling companies to run Docker-based Containers as a Service for building, deploying, and managing containerized applications and infrastructure.

Could a CaaS Evolution Mend SaaS?

With a little innovation, Containers as a Service could evolve into Containers as a Service for Independent Software Vendors, offering a world wherein organizations rent applications or purchase software and then run it either in the public or private cloud, as best suits their needs. While software would automatically be maintained by vendors, companies would control their data, as well as vendor access. This new model could ensure software customers have the best of both SaaS and on-premise solutions including complete visibility, full data ownership, tightly controlled security, and flexibility. Already a few startups including Sapho, tray.io, Replicated, and Infradash are offering their own innovative angles.

Notes analyst Janakiram MSV, “Containers as a Service is becoming the new Platform as a Service. With the interest in containers and microservices skyrocketing among developers, cloud providers are capitalizing on the opportunity through hosted container management services.” Thanks to programs such as the Open Container Initiative, an industry trend towards conforming to container standards is developing, suggesting future users will have access to the greatest choice and flexibility to best suit their needs.