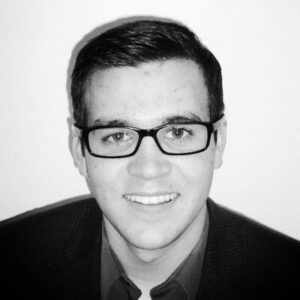 Encryption – The First Line Of Defense For Big Data

According to estimates by Hewlett Packard, the average U.S. firm can expect to lose $15 million each year as a result of cybercrime. This number is twice the global average, but it is a preventable expense. As data continues to migrate to the cloud, the cost of bad security will only continue to rise. Threats to digital commerce are no longer as simple as email attachments or phony messages from Nigerian princes. DDOS attacks can bring your entire business to a crawl. Social engineers can gain access to admin level accounts with a five minute phone call. Packet sniffer programs can let hackers pear into private data to gain access to information needed to steal an identity. By using strong security protocols and in depth encryption, companies can avoid the massive impact that cybercrime can cause.

The Transport Security Layer and Secure Socket Layer are both part of the standard suite of internet protocols. The term SSL is used to refer to both, and encrypting the SSL is one of the main ways that businesses try to guard against unlawful access. The simplest kind of protection is a key exchange. In this method, both parties hold a public and private key. The public key works similarly to a padlock where the private key is the matching key.

When data is sent, the sender encrypts the data with the public key of the receiver, and the receiver will use their private key to unlock the data. This is a difficult encryption to break, but it is not foolproof.

The SSL will also use Cipher suite encryption to further protect data. This process begins by both the sender and recipient “handshaking“; establishing the desired method of encryption and other protocols to be used in their communication. This handshake includes a key exchange but it also has three other key features: the bulk encryption of all data sent (including the keys), the message authentication code (so hackers can’t insert their own false messages into the conversation), and the pseudorandom function (which defines a random starting point for the values of all keys used in the encrypted session).

With the full Cipher suite in deployment, most data can be deemed mostly safe. No security system is perfect, and data being mostly safe is often as good as it needs to be. However, for some of the most important transactions, mostly safe is simply not enough.

It is impossible to be 100% secure against a hacker, but it is possible to be not worth the effort. Once your data becomes so secure that hackers have no profit margins from breaking in, they will stop expending the effort. To that end, a further level of security is needed. While the basic SSL suites are effective, they are also common targets of attacks. What is needed is a third party proprietary suite that encrypts data in more advanced ways.

According to Blue Coat, the first key beyond standard suites is the monitoring of encrypted traffic. Many attacks on the cloud are encrypted to make detection without opening the data difficult. Advanced security suites are able to scan for these encrypted suites without allowing the dirty data onto your network. In the event an attack does make it into the network, modern suites are equipped with highly advanced analytic tools that help to quickly identify the breach and work to prevent this attacker from gaining unrestricted access.

After the attack, third party protection companies provide the analysis of what happened that is needed to identify and close loopholes in security. They look at how the attacker got in, what they could access, when the threat was detected, and help to detail the actions needed to ensure this sort of attack can cause no further harm.

In an age of cloud based companies and global workspaces, bad cyber security is even more costly than leaving the front door unlocked all night. With due diligence, SSL encryption methods, and the help of a third party software suite, companies can mitigate large portions of the cost of cybercrime.

Cameron a business consultant specializing in cybersecurity and big data. Cameron has also had the opportunity to speak at international conferences and was recently recognized as one of the world’s top 100 experts to follow on social media.