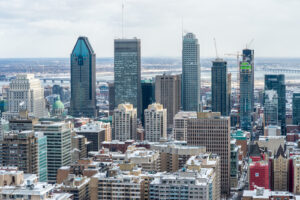 Montreal, ranked at number 20 in Compass’ 2015 Global Startup Ecosystem Ranking and home of our own CloudTweaks, is, verified by our firsthand observation, a burgeoning startup city. A liberal and fun capital, the low-cost but high-quality education system attracts much talent, as does the low cost of living. In January, the first Startup Weekend Montreal – Sustainable City event, powered by Google for Entrepreneurs, kicked off at Le Salon 1861, one of many Montreal affairs targeting innovators, investors and business leaders alike aimed at the development of functional startups and successful collaboration.

The Economics of Montreal

Though Silicon Valley still tops the global startup charts, the cost of living is high, and since start-ups traditionally are investing almost everything they have into product development, finding an accommodating but inexpensive home for your startup could be the make or break factor. According to Numbeo’s cost of living comparison, Montreal easily defeats San Jose providing a value for money, startup-centric hub, with Montreal offering lower transportation, utility and general consumer prices than Silicon Valley (San Jose), and rental prices a whopping 70% cheaper. In fact, Expatistan’s index suggests an overall 32% reduction in the cost of living for those choosing Montreal over San Jose.

But Montreal isn’t merely good for the startup’s budget; it also provides an ideal setting for startup initiation and activation with its low-priced talent pool, sound infrastructure, and bright cultural background. Says Carl Mercier, co-founder and CEO of Montreal startup VerageSale Inc., “There’s a vibrant startup scene [in Montreal]. It’s not a big startup scene but it’s a vibrant one. There is lots of activity, a lot of events, a lot of early-stage capital. Startups can get off the ground cheaply and quickly.”

Some of the world’s tech giants are already taking notice of Montreal’s many positive features, and Amazon has just announced that it will be open its first Canadian data center in Montreal. Not only the first in Canada, this data center for AWS cloud services will be the first such data center situated outside of the US, and the Board of Trade of Metropolitan Montreal has welcomed this news as proof that Montreal’s IT sector is a top worldwide competitor. Notes Michel Leblanc, president of the Board, “The arrival of such a company in Montreal will have very positive impacts on innovation and generate creative projects.“

Closer to home, Telus, a Canadian national telecommunications company, is investing $2 billion in IoT, cloud services, and infosec in the next five years, with infrastructure and technology investments to advance services across networking infrastructures, business facilities, and health and community amenities.

For more about some of the flourishing Montreal startups, have a look at Built in MTL’s line up which includes Hexoskin (wearable body metrics for human health and performance), DoBundle (powering commerce across the visual web), E14N (infrastructure for social software), and many other innovators. And for an unforgettable and unconventional startup event, be sure to check out Montreal’s Startupfest, a global gathering of the world’s best founders, entrepreneurs, investors, and mentors taking place in July.

We’ve been helping startups in Montreal and around the world for almost a decade. Contact us if you require assistance with hosting, brand building or digital marketing strategies.