The Growing Popularity of IoT In Other Countries 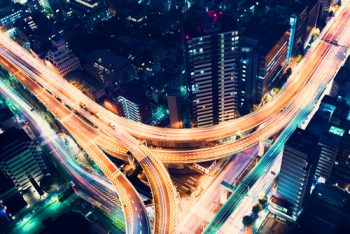 The Organization for Economic Cooperation and Development (OECD) and search engine Shodan have released new data about the Internet of Things (IoT) that may come as a surprise to many in the US. Though certainly prevalent in the United States, IoT devices are more numerous in Korea, Denmark, and Switzerland, and, in fact, Europe overall is making an avid play for the IoT market. Though Quartz points out that the IoT market is still only an emerging market, acquisitions such as that of Nest by Google in 2014, the release of voice-controlled speaker Amazon Echo later that same year, and the revamping of Apple TV, indicate the confidence of investors and entrepreneurs alike.

Bill McCabe provides a “Quick History of the Internet of Things” that takes us back to the “birth of networking and the explosion of consumer technology.” With the infrastructure of the internet emerging in 1974, and the first website coming online in 1991, it often comes as a shock that the World Wide Web has only been a notable part of lives for 20 to 25 years. However, the term Internet of Things is apparently not a particularly new one, and some believe Tesla and Edison may be the grandfathers of connected objects. Apple’s return to the market in 1998 played a role in the development of IoT, as did the entrenching of smartphones in society, but the growth and evolution of IoT can’t be honed down to one or even several stimuli and is perhaps all the more exciting for its diverse influences. Zoom in to see the tremendous IoT infographic by Matt Turck. 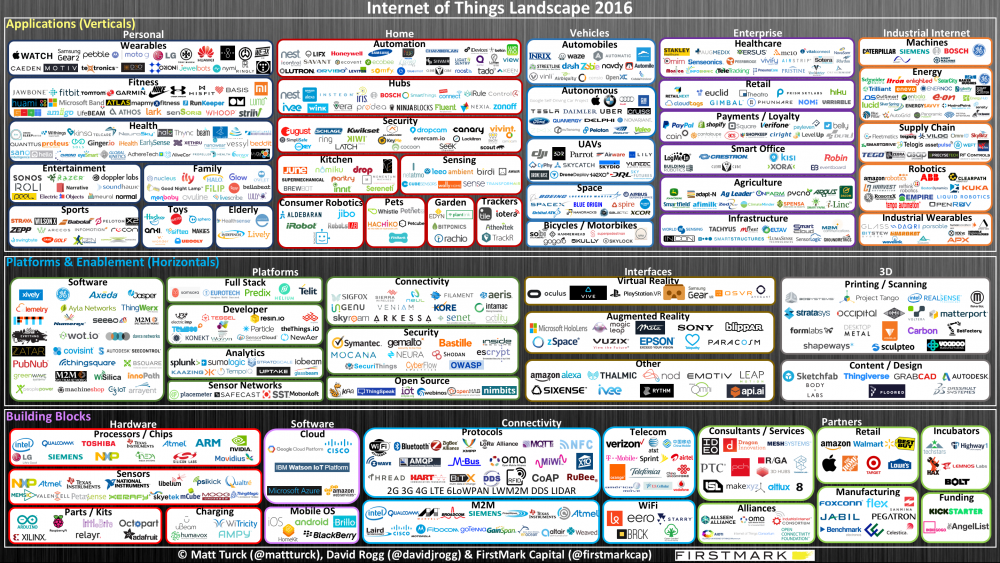 So Why Isn’t It Mainstream Yet?

Though the OECD believes IoT devices can improve Government operations, better transportation monitoring, and advance the use of energy and eHealth, Quartz notes that IoT tech still isn’t in the mainstream. While this could, as suggested, be due to humanity’s often slow capacity for change, the speed at which smartphones and the internet itself have become ingrained in society beg the question, why not IoT? Security and privacy are two notable obstructions which, though perhaps as relevant in other more popular tech, can be particularly sticky when it comes to IoT devices. This may be partly because of the highly personalized nature of IoT devices, or perhaps the general public is simply more aware now of the pitfalls that have pervaded our connected world for decades. Either way, these hurdles aren’t likely to prevent the evolution of IoT, but will perhaps contribute to stronger, safer, and more effective networks in our future.

Thanks to the concern around IoT security, businesses and governments are taking the necessary steps to prevent future failures and disasters, and fiascos such as the Jeep Cherokee hack have a created a steep learning curve with manufacturers of IoT devices on the lookout for potential hazards. Security firms are being brought into the manufacturing process as collaborators, offering high-level encryption and tamper-resistant systems, and alliances such as the Internet of Things Security Foundation (IoTSF) bode well for the industry. Says John Moor, spokesperson for IoTSF, “The opportunity for IoT is staggering. However, there are ever-real security challenges that accompany those opportunities. By creating a dedicated focus on security, our intention is simple — drive excellence in IoT security. IoTSF aims to be the home for providers, adopters, and beneficiaries of IoT products and services.”

There’s no doubt that IoT will soon establish itself as a dominant technology in our world; with a little luck, today’s many powerful collaborations will ensure this is a positive move.