Top Performing IT Sectors Over The Last Decade Report 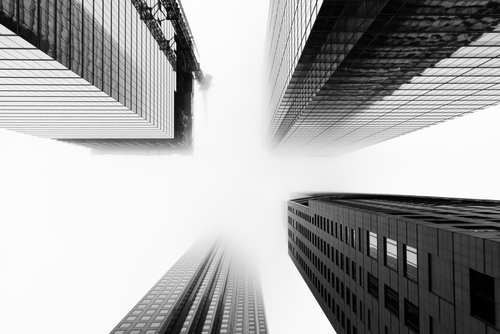 Recent reports pointing to steadily increasing revenues of 21 benchmarked Internet of Things (IoT) companies suggest that cloud computing and IT infrastructure are particularly influential to these positive returns. Says Dan Callahan, TBR analyst specializing in IoT, “Effectively, every type of IT and operational technology (OT) vendor will have a stake in the growing commercial IoT market, as IoT solutions will drive increased use of diverse IT and OT products and services.” Over the past decade, cloud computing has been one of the top performing IT sectors , and both the support and obstacles provided on a global scale are likely to encourage greater development and advancement.

Efforts to promote the uptake of cloud computing rely not only on a robust IT infrastructure with the requisite technological resources but require the support of governments and lawmakers. Some of the greatest barriers to cloud adoption are fears of security and privacy breaches, and nations able to assure their citizens that the correct procedures and guidelines governing cloud Service Providers are in place ease some of these concerns.

According to the 2016 BSA Global Cloud Computing Scorecard, Japan tops the list of climates best suited to cloud computing, followed closely by the United States and Germany. Ranking the 24 countries which account for 80% of global IT markets, the BSA Global Computing Scorecard considers the policies concerning data privacy, security, cybercrime, intellectual property rights, support for industry-led standards and international harmonization of rules, promotion of free trade, and IT readiness and broadband deployment when making its evaluation. The latest results suggest that the majority of countries studied have improved policy environs since the last scorecard of 2013, and though the top three held their previous rankings, Canada has made an impressive jump from 9th place in 2013 to 4th place in 2016.

While the regulations pertaining to cloud computing have the ability to encourage its adoption, some can be a hindrance, albeit in some cases a necessary one. The BSA Scorecard finds that China and Russia, notably, have implemented policies that will impede cloud computing by limiting the transfer of data across borders. Cloud computing taxation is another area that’s recently been spotlighted, and, suggests Eli Bowman, CFO of Codero Hosting, “As businesses struggle to compete, they are facing new headwinds in the form of taxation on cloud-based activities. This is especially daunting for startups and small businesses that are trying to launch new ideas or competitive alternatives.” Unfortunately, the ambiguity around cloud taxation – should the software-reliant industry be handled as a service or royalty division – leaves users in a predicament regarding their own cloud implementation or expansion. The US Treasury is apparently aiming to release regulations later this year which will clarify cloud taxing, and, predicts international tax partner and global technology tax leader at Ernst & Young, Channing Flynn, “I think the SaaS (software as a service) and IaaS (infrastructure as a service) companies are anticipating that they will be clarifying this, and likely will define those organizations as generating service income rather than license or royalty income.” It shouldn’t come as a surprise that the tax man will want a piece of the lucrative cloud pie, but with any luck governments will ensure their policies are at least as much assistance as barrier to cloud computing.