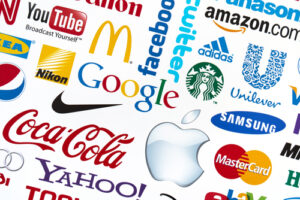 Brand Identity Technology Trends Is Now The Crux Of Business

When Tim Cook and Apple pushed back against the FBI’s iPhone hack request, the resulting conflict hit on where we are, and where we’re going, with technology and business. It’s not just about useful tools people can use for convenience and entertainment anymore. It’s about identity.

Apple pushed back because the hack represents an intrusion on privacy. hacking Syed Farook’s phone provides a direct window on who he is. This would open a wormhole to other iPhone users, too. Now, Apple wants to know how an anonymous third party was able to hack the phone.

Should Apple’s technology, or any sort of tech, protect identities from prying eyes? Or should people’s identities be fair game for organizations that want to use them? So far we’ve seen more of the latter.

Power and Liquidity of Identity

This has been brewing for a while. Businesses and customers both have a stake. Consumer identity has become a commodity. Every touch-point in high-tech commerce hinges on who the customer is. Business and consumer alike trade in the power and liquidity of identity.

First, an example of how the identity protection issue is playing out for American businesses, in a very concrete way. According to Square’s guide to EMV (Europay Mastercard Visa), “Almost half of the world’s credit card fraud happens in the United States.” As a result, businesses must switch to a new “processing device” that will accept EMV cards. You’ve probably seen local businesses that have complied, some that haven’t.

Because of the new EMV requirement, if someone commits credit card fraud with a magnetic stripe card, the business is liable. Credit card fraud is identity theft. Now businesses have to protect customer identity by staying technologically relevant.

Is this appropriate, or ironic? Businesses trade in customer identity, oftentimes without giving the customer a choice; now they don’t have any choice but to protect the identities they trade in.

Analyzing customer preferences, location data, spending habits, and other factors linked to who you are is a part of tech-savvy marketing and sales. Consumer data is a hot item—the topic doesn’t just come up on marketing blogs.

Appnovation is a web development company with a blog post titled “Integrating Customer Data into Your Business Decisions“. The author (whose last name isn’t provided—apparently they wanted to protect his identity) says, “If good information promotes growth and growth allows for success, why doesn’t every organization just do it?” He’s not merely observing the trendy practice of using customer data to grow business—he’s promoting it. There’s technology for tracking “customer experience and actions”, which gives the business an advantage. According to the author, “The insights and data from your analytics product do more than predict and hone customer behavior, they can be a window into your infrastructure’s current health.”

This final statement holds the key to the commoditization of identity. To the observer, what we do determines who we are. And now, what we do, including what we post online and the sites we visit, directly influences business determinations. They want to “hone and influence our behavior”, but that behavior also plays into how a business views itself. Even further than that—consumer behavior determines a business brand’s identity.

Base Creative is an international branding agency. Their brand strategist and senior writer, Rod Parkes, has this to say about the evolving meaning of brands:

“The brand owner can no longer dictate the meaning of the brand – the customer defines this, and today’s customers cannot be so easily told what to think. From Amazon to TripAdvisor, websites and social media enable the experience of others to help shape the potential purchaser’s perceptions.”

Web technology—primarily social media and peer reviews—gives consumers the same type of power businesses want to have over them. It’s the power to determine what an entity will do.

Consumer perception and the intersection of technology create a fluid, relative identity for brands, because brands must react to consumer perception. They’re watching us, we’re watching them, and on either side we’re making decisions based on our observations. It’s a dynamic feedback loop.

This relationship between identity, technology, and power is reflected in the trends to watch in 2016. Dynamic personalization, in which brands analyze data to market directly to individuals, reportedly delivers ROI (Return on Investment) five to eight times greater than non-personalized efforts. Personalization is also estimated to boost sales by ten percent. At least ninety percent of the time, though, consumers conduct their own research before they buy something. Brands want to influence research efforts.

On Facebook, for one, brands seek to establish an identity alongside users. Despite that, 62 percent of consumers in a Gallup poll report social media has no influence on their buying decisions whatsoever. This doesn’t stop marketers from pursuing social marketing strategies, such as influencer marketing.

The respondents to the Gallup poll may not have realized influencers are marketing to them. Word of mouth is wrapped up in the identity of the speaker. You trust what an influencer says because, ostensibly, you know them.

Clearly, the intersection of identities and technologies has created a new playing field for business. As we’re seeing with the Apple vs. FBI case, Apple’s struggle is to maintain a brand image that people associate with consumer identity protection.

The struggle for businesses that use data to personalize marketing is also a power struggle. Does the brand influence the consumer’s purchases more than the consumer influences brand identity? The answer to this question will ultimately determine how people identify with brands, and what brands do with data.