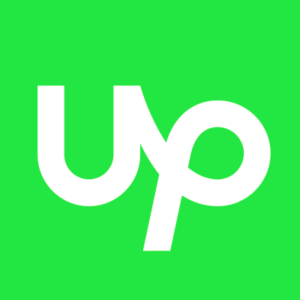 The Upwork freelance marketplace is one of the largest global platforms supporting freelance work, has made a significant change to their terms of service that has a lot of users, both client- and freelancer-side, in an uproar. At the end of 2013, Elance and oDesk, two of the largest freelancing marketplaces on the web, announced a merger, and in 2015 the company relaunched under the name Upwork. Though the oDesk platform was rebranded as Upwork, Elance continued to run its old platform, while encouraging users to move to the Upwork platform. It’s taken about a year for everything to pull together, but the beginning of this year saw the final move of all clients, freelancers, and work portfolios from the old Elance platform to the amalgamated Upwork platform.

Thanks to many advances in technology in recent years, freelancing and remote working have become viable and profitable options for many, and while freelancers in years gone by might have struggled to find new clients, platforms connecting job hunters with employers have improved their prospects. According to the Freelancer Union report, 34% of the national US workforce is doing freelance work, contributing an estimated $715 billion to the economy. The majority of freelancers believe that freelancing prospects are improving, and 32% of freelancers surveyed have experienced an increase in demand over the past year. Income stability and finding work, however, are the top barriers reported to performing additional freelance work, and it’s significant that 69% of freelancers believe technology helps them find this additional work. To date, Upwork has been a significant part of this technology.

Before the Upwork rebranding, oDesk charged fees slightly higher than Elance’s fees, and so with the rebranding, Upwork continued the fee structure of oDesk, while Elancers continued using the slightly lower fee structure of the Elance platform. The final move therefore of clients and freelancers from the Elance platform to the Upwork platform caused some grumbling, but it was a move long in the works, and so it seems the community accepted the change rather peacefully. However, the new terms of service released by Upwork, due to come into effect in early June, is causing much criticism in the freelancing community.

Freelancers who had previously been charged a flat 10% commission on all jobs won through the Upwork freelance platform will now be charged commission on a sliding scale. Those earning less than $500 per month will pay 20% commission, earning between $500.01 and $10,000 will pay 10% commission, and top earnings billing in excess of $10,000 will pay only 5% commission. And clients have also been hit with additional fees. Apparently in efforts to offset high payment servicing costs, a processing fee of 2.75% per payment or flat $25 monthly fee will be charged to clients.

The internet community has quickly made their thoughts known, and in typical fashion dissatisfaction is most loudly stated. Clients, freelancers, and general commentators have expressed anger and disappointment at the changes, though a few savvy Twitter members are using the trend in #Upwork to source new business outside of the platform.

The advantages of freelancing and remote working are flexibility in working hours and locations, self-management, the potential for greater income, and additional tax deductions. Of course, the disadvantages also merit thought. Working freelance you’ll typically need to earn more than you would working a standard desk job because you have to pay for all of the benefits you’d receive working in-house. You’re also responsible for a far wider range of tasks; you are your own micro business responsible for all of the accounting, management, and operational functions. Cash flow tends to be inconsistent, you have to actively search for work, and at the end of the day, you are the solely responsible party for all successes and failures. Though some in the freelance marketplace have expressed criticism and general pessimism for the online buyer/seller market as a whole, if after weighing up the pros and cons you still believe freelancing is for you, then go for it.

Over the next 12-18 months we firmly believe that many new competitors will spring into action in order to chip away at the Upwork freelance market share. Where it stands now based on the online responses, this won’t be difficult.