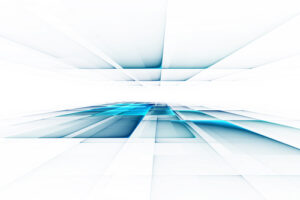 The deadline for the 2016 Stratus Awards is edging closer and innovators in the cloud computing space are encouraged to enter before the nomination deadline of June 3rd, 2016.

At a time when the cloud computing revolution is gathering pace and changing the way we all do business, the Stratus Awards are a way for the industry to get to know more about each other and to discover which companies are doing inspiring, ground-breaking work in the cloud.

Last year’s winners included organizations such as Egnyte who won Enterprise Cloud Company of 2015. Dave Wright, the founder and CEO of SolidFire was named as “Cloud Executive of the Year” and the three “Cloud Disruptors of the Year” were Illumio (Startup), ComputeNext (Small Company) and Adaptive Insights (Enterprise). See the full list of last year’s winners.

This year three new awards categories have been added to reflect the dynamic and shifting nature of the cloud. Those awards are for Cloud Collaboration, Storage Technologies and the Internet of Things.

And in a dramatic departure from previous awards, a People’s Choice Award has been added to the Startup, Small Company and Enterprise awards in the categories in order to reflect the popular vote amongst the cloud computing community.

Inclusivity and crowd-sourcing are watchwords for the Stratus Awards and the judging process is no exception. As the organizers of the awards, Business Intelligence, explains on its website: “Our industry awards programs rely on industry leaders who volunteer to read, score and judge nominations. But what is unique about our model is that judges not only score and rank nominations, they also have the opportunity to share public and private feedback so that winners can maximize the third-party acknowledgement of their performance and all nominees can reflect on how they can improve their overall approach to the market.”

It’s a unique model designed to grow the industry as a whole and lift up standards for everyone. 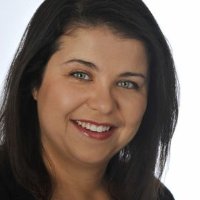 Some of the remarkable judges for the 2016 awards include Jim Melvin, Senior Vice President at SevOne, Inc who has held CEO and leadership roles in software, hardware and SaaS business for over 20 years, Nikolette Bacso of Odin, a strategic, collaborative team leader with 14 years of experience conceptualizing and implementing world-class global programs, and Tim DaRosa of  Captricity, who has amassed more than 10 years of experience working in data-driven, digital marketing leadership.

These are just a few names in a stellar lineup of judges who are set to investigate thoroughly the state of the cloud and determine where the cutting-edge, breakthrough work is being done and who deserves the recognition of their peers at this moment in the evolution of the cloud.

Check out the full list of judges for the 2016 awards here.  The deadline to apply for award consideration is June 3rd, 2016.