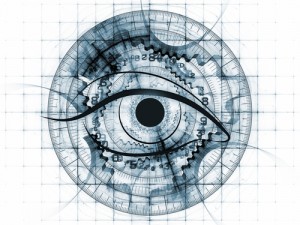 How Far Away Are We? Hyundai’s ‘Iron Man’ Suit

There’s a fine line between cinematic tech and real world applications, and treading that line is South Korea-based Hyundai with an Iron Man-like suit it revealed on its website last month. The article displayed several photos and scarce information about the exoskeleton, making several comparisons of the prototype to the Marvel film. While the suit may not have repulsor beams or arc reactors like its movie counterpart, it still achieves some impressive feats.

The project holds several purposes, namely in the manufacturing industry. The exoskeleton gives the wearer “superhuman”-like strength, allowing the operator to lift “hundreds of kilograms,” increasing productivity and lowering the risk of potential injury. The company also asserts that the strap-on suit, weighing in at 110 pounds, could be useful for defense purposes, allowing soldiers to move more quickly with heavier baggage. 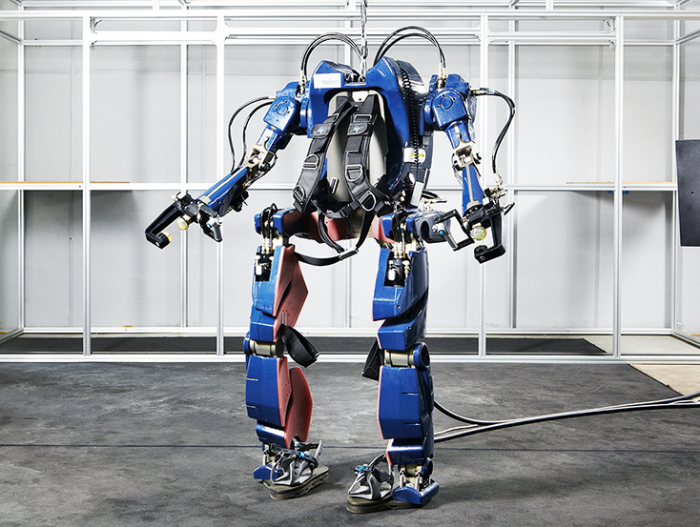 It can also be used during medical rehabilitation. One photo demonstrates the suit’s ability to aid paraplegics in learning to walk again, showing a man sporting a partial suit and ascending a flight of stairs. Of the venture, Hyundai makes stark promises (pun intended): “wearable robot development of the Hyundai Motor Group will eventually lead to the free movement of people and things,” the company states, further propelling the overall goal to achieve what it refers to as “Next Mobility.”

Still, the vague post failed to answer logistical questions, like when it will come to market, how much it costs, and what the battery life is.

But Hyundai isn’t the only company looking into the future of robotic wearables. Panasonic released three types of lightweight exoskeletons to aid factory workers in everyday tasks, with each suit tailored to a specific type of task: lifting heavy objects, walking and running, and a heftier “Power Loader” designed for public works, construction, and disaster relief.

Likewise, Lockheed Martin’s HULC suit offers another take on the military-geared power suit, which allows the wearer to carry up to 200 pounds on front and back loads, while its flexible design allows for crawls, deep squats and upper body lifting.

Robotics: The Road To Recovery

On the rehabilitation front, Ekso Bionics showed off their version of an exoskeleton at San Francisco’s Engadget Expand this year. This bionic suit tailors to the medical field—one tester, who was paralyzed from the waist down following a car crash, was able to find her balance with the Ekso in just one training session. Currently, the Ekso bionic suit is used at over thirty rehabilitation centers.

How close are we to creating a real Iron Man Suit?

Many hardcore Iron Man fans and scientists alike have evaluated the Iron Man suit and its capabilities. For starters, we are a long way away from creating a suit that flies as seamlessly. For one thing, the suit would require a portable power supply that could support sustained flights at high speed.

Then there’s the issue of control: how would the wearer easily control the flight of the suit, particularly when it comes horizontal flight? Currently, there are a few versions of the “jet pack,” like the Martin Technology JetPack, which climbs to 5,000 feet and can deploy a parachute at 3,000 feet. There is also a wearable carbon fiber jet pack pioneered by Yves “Jetman” Rossy, (comprised of carbon fiber wing and 4 tiny jet engines) that can perform quite an impressive flight. But at 100 pounds and lasting just 10 minutes on fuel, these innovations still fall short of true “Iron Man” capabilities. The material of the Iron Man suit also poses a problem: it can withstand significant damage while still retaining its agility. There’s nothing currently in the works that would be light enough to wear, but powerful enough to withstand military-grade weapons.

While we may not be using the practical technological aspects of the Iron Man suit for any super-hero missions any time soon, there’s a clear demand for comparable versions within the healthcare, industrial, and military industries. As companies prepare themselves to move forward with different exoskeletons, the goal is create applications that make lives easier.