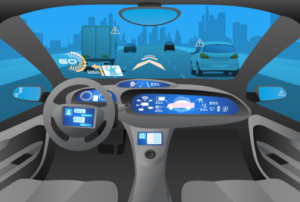 To the casual observer, Intel may have looked like it was in trouble, after getting rid of nearly 12,000 jobs this year alone and cutting back on many lines of business that they have since deemed unnecessary, but that’s not stopping them from investing in new start ups and getting a foothold in the worlds of IoT and autonomous cars.

IoT, or the Internet of Things, is a growing movement to make as many normally mundane objects ‘smart’ or connected to the internet. Items like clothes washers and refrigerators are being designed with internet connectivity and smart functions that make it easier to use, especially for those of us who aren’t always home. This, coupled with the growing popularity of autonomous cars and/or cars with autonomous functions, provides the perfect niche for Intel and could create an era of unprecedented growth for the tech giant.

Intel’s latest acquisition is computer vision company Itseez Inc, a small tech startup that specializes in technologies that allow computers to obtain and process visual information. This is ideal for Intel’s upcoming plans to branch out into the world of autonomous and self-driving cars.

Itseez’s technology will likely be used to help Intel compete with Google, Tesla, and other similar companies that are already making names for themselves in the self-driving car arena. The idea is to allow these autonomous vehicles to collect visual information and make decision on how to act based on that information.

While this may seem like a great advance in technology, it does raise the same ethical dilemma that has been facing other autonomous car giants – what happens when the laws of robotics and ethics don’t always match up?

There is a common ethical dilemma that comes up when discussing autonomous cars and the programs that drive them – when these programs are created by humans and subject to human error, how can we expect them to make the right decision when lives are on the line?

Even less life-threatening scenarios can potentially cause a problem, such as the recent crash between a Google self-driving car and a bus, where both the car’s driver and the autonomous programming made an incorrect assumption leading to a collision between the two vehicles.

This and other similar scenarios are giving lawmakers and manufacturers alike serious pause, because without an acceptable answer to these issues, there is no way to make autonomous cars truly safe.

Introducing advanced computer vision technology like the innovations that Itseez can offer mean that we’re one step closer to creating a safer autonomous car. The advances in car autonomy are also one of the first major steps toward creating an environment steeped in the IoT.

This isn’t the first step that Intel has taken toward becoming an IoT superpower. Earlier in 2016, the company acquired Yogitech, an Italian company that focuses on “functional safety for superconductors.” In a nutshell, by purchasing Yogitech, Intel acquired the tools that it needs to make sure all the chips in the autonomous vehicles work just the way they’re supposed to.

This is just the beginning.

Intel is planning on turning its Internet of Things niche into an empire, leading to an integration of 50 billion devices and the possibility of trillions of dollars in economic impact by 2020 – a mere 4 years away.

Can They Do It?

Can Intel pull it off? Definitely, if the market continues to move the way that it has for the past couple of years. People love to be connected to everything – how many of you have a home security system that you can access in real time from your smartphone or a wifi-enabled thermostat that allows you to adjust your home’s temperature while you’re on your commute home?

This desire for internet enabled appliances and an increased level of connectivity will only continue to grow, and if Intel has gotten its toe in the door in time, the company could achieve everything that it has promised and more.