When Sci-Fi Predictions Come To Fruition 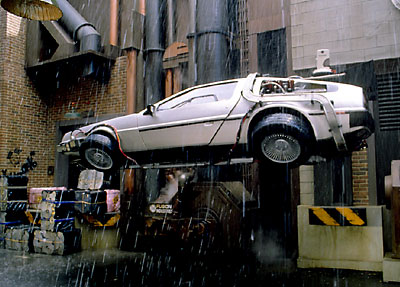 To paraphrase science fiction author Arthur C. Clark, those who make predictions about the future are either “considered conservative now and mocked later, or mocked now and proved right when they are no longer around to enjoy the acclaim.” The one thing we can be sure about, Clark ventured, is that “[the future] will be absolutely fantastic.”

This was in 1964, and in the decades that followed this statement Clark was able to enjoy the excitement of technological evolution himself. But technology is constantly improving, the boundaries of human comprehension are constantly being stretched, and new technologies and advancements are being discovered at a greater rate than ever before.

These don’t always make headline news because they don’t always have an immediate impact on our lives. The media is interested in the flying cars, hover boards and jetpacks of science fiction, and tend to shun everything else. But as this infographic (Infographic Courtesy of: Visual Capitalist) proves, every passing year brings with it a wealth of new discoveries, ones that even Arthur C. Clark—a man who lived to see most of his predictions come to fruition and one who marveled at technology until the end—would have been impressed with.

These are the building blocks of future technologies, the things that will soon have an impact on the way we shop, the way we eat and the way we heal. This is science fiction made science fact—it doesn’t get more exciting than this.